Basking sharks are listed as an endangered species and most frequently occur in the northeast Atlantic. 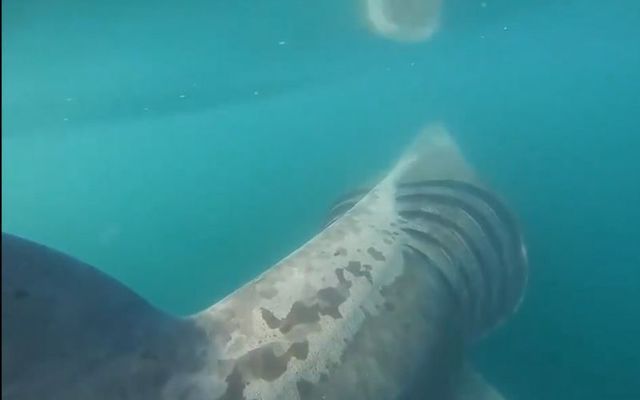 A basking shark off the coast of Clare in 2020. O'Foghlu Twitter

A group of international wildlife experts has called on the Irish Government to introduce legal protection for basking sharks in Irish waters.

The scientists have sent an open letter to the Government stating that Ireland has a global responsibility to protect the world's second-largest shark and fish.

The group says that Irish coastal waters are "one of the few places globally" where basking sharks "regularly and predictably" occur on the surface close to shore.

"This surface swimming behavior is the root of its deep cultural connections with western Irish coastal and island communities," the scientist wrote in the open letter.

Basking sharks are listed as an endangered species and most frequently occur in the northeast Atlantic.

The scientists stated that Ireland is one of the few remaining nations in the northeast Atlantic not to offer legal protection to basking sharks even though Irish coastal waters hold a large proportion of the global population.

They argue that section 23 of Ireland's Wildlife Act should be amended to protect the endangered species.

"While there is a moratorium on deliberately fishing for or landing the basking shark, significant challenges remain," they said.

"Current threats to the survival of these magnificent animals include harassment and disturbance, ship collisions, and entanglement."

Social Democrats TD for Wicklow Dr. Jennifer Whitmore has initiated a bill in the Dáil seeking to amend the Wildlife Act in response to the open letter.

Basking sharks were commonly hunted off the west coast of Ireland from the 1700s until the 1970s for their liver oil.

The practice was outlawed in 2001 and prohibited in all EU waters in 2006.

The basking shark, meanwhile, was added to the Convention on Trade In Endangered Species (CITES) in 2003.

"The scientific community have given their full support to list the basking shark under Section 23 of the Wildlife Act, now is the right time to protect them and their habitats," Johnston said.

Signatories along with Dr. Johnston include fellow basking shark group founding member Dr. Simon Berrow, Dr. Phillip Doherty of the University of Exeter, Pádraic Fogarty of the Irish Wildlife Trust, and dozens of other international experts.