Ireland's National Ploughing Championships, returning for the first time since the Covid pandemic, is expected to draw some 300,000 visitors to the three-day event in Ratheniska, Co Laois 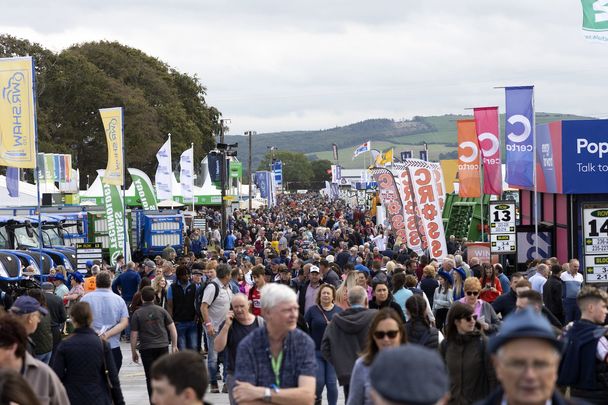 Ireland's National Ploughing Championship, the biggest outdoor event in Europe, this week features the 67th World Ploughing Contest which was to be held in St. Petersburg in Russia in August but was diverted because of President Putin’s war in Ukraine.

Ireland’s show, returning for the first time in three years after the Covid pandemic, arranged to take on the contest at short notice.

Approximately 300,000 visitors are attending the three-day event in Ratheniska, Co Laois which was opened by President Michael D. Higgins on Tuesday, September 20.

Competitors from countries around the world are taking part, including entrants from New Zealand, Canada, and Australia.

The green fields across 900 acres have transformed into a bustling city for Ploughing2022.

More than 1,700 trade stands are fully stocked and staffed along the site’s 37 kilometers of trackway. The event showcases agriculture equipment and food production and also features fashion shows and musical performances

Irish-based World Ploughing Organization General Secretary Anna Marie McHugh said, “It is a massive honor for Ireland to welcome international delegations and their supporters from 28 countries all around the globe. The very best plough men women in the world are be battling it out to be crowned world champion.”

Anna Mae McHugh, who is managing director of Ireland’ National Ploughing Association, said, “The championships not only provide a national stage for showcasing all things that are great about Ireland but also brings together people from all sectors of Irish society both rural and urban, to enjoy three days immersed in country living.”

Taoiseach Micheál Martin said the event “reflects the central role that agriculture, farming, and food production has in our country, at the heartbeat of rural Ireland.”

Wexford priest and his secretary stole $1.5 million from church in Florida, police say