Team Ireland is now bringing home at least four medals - two gold and two silver - from the 2020 Paralympics that are underway in Tokyo. 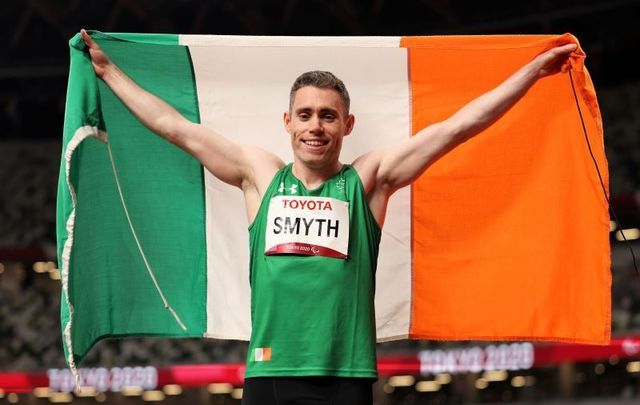 Jason Smyth and Nicole Turner are Team Ireland’s latest medallists at the 2020 Paralympics that are currently taking place in Tokyo in Japan.

Smyth said afterward: “At the end of the race I tightened up a little. I could feel him right there and I wasn’t sure if it was me crossed first or someone else.

“I had to go over and ask ‘did I win’ when someone threw me the flag.

“This means more to me because of how close it was and the year I’ve had. In the heats he looked smoother than me. I was not the favourite tonight so yes, to be in my fourth Paralympic Games, in my 17th year, and still unbeaten, I don’t even know what to say. All I know is it’s getting harder and harder to maintain that but that’s the challenge of sport. You’ve got to be on your A-game constantly.

“I’m absolutely delighted. Most people probably weren’t aware of where the standard of competition has gone in the sprints. The Algerian had actually run quicker than me this year and I’ve had a really tough year of injuries that I hadn’t spoken of.

“Nine months ago I wasn’t even sure if this was me done. Three months ago I was wondering if I could make it to the Games and be in the shape I needed. I only raced twice this season due to injuries but we got things right when we needed and I’m very grateful for the great team around me, the physio, S&C, and coaches.”

After winning silver in her event, a shaken Turner told RTÉ: “I aimed to get a medal, but to be honest, to reach the podium now with the competitiveness in there, it’s not sunk in.”

Ellen Keane claimed gold in the women's 100m breaststroke while Katie-George Dunlevy and Eve McCrystal won silver in the B 3000m Individual Pursuit.

Team Ireland had 29 athletes qualify in 27 slots across nine sports at the Tokyo 2020 Paralympic Games. With four medals in hand, there’s still more action to come from Team Ireland before the events conclude on September 5: