The storm is expected to hit the west coast of Ireland on Monday. 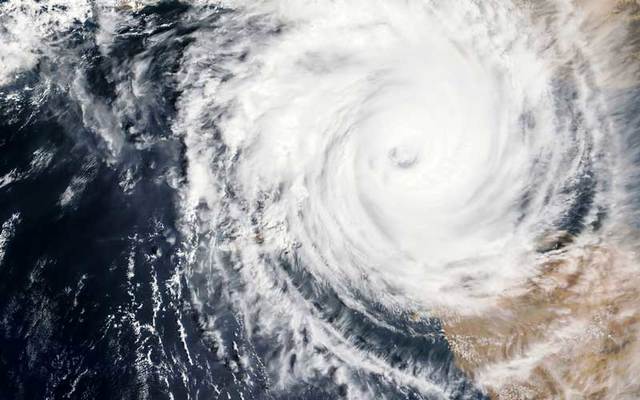 Image of a hurricane. iStock

A highest possible “status red” warning has been issued for Ireland as Hurricane Ophelia approaches.

Hurricane Ophelia is barreling toward Ireland. According to the National Weather  Center, "This is not the remnants of a hurricane it is a hurricane."

Winds of up to 90 miles an hour with some gusts reaching 100 miles an hour are expected.the hurricane will become a post-tropical storm by tonight, but will still be powerful with strong winds and heavy rain.

The last hurricane to hit Ireland as Hurricane Debbie in 1961. fFifteen people were killed, four when a car was flattened by a tree. All schools and colleges are closed and airports are expected to shut down too citizens have been warned not to drive for fear of falling power lines and trees.

The hurricane will become a post-tropical storm by tonight, but will still be powerful with strong winds and heavy rain.

Elderly people in rural areas left without power is a major worry as well as sick and disabled people.

The center of the storm will approach Ireland by Monday afternoon local time but strong weather conditions will reach the coast much sooner.

Swarms of deadly jellyfish have been washing up on beaches on the south coast of the UK after being blown ashore by the hurricane, reports the Daily Mail.

The warning by the Irish Meteorological Service said: "Hurricane Ophelia is expected to transition to a post tropical storm as it approaches our shores on Monday bringing severe winds and stormy conditions.

"Mean wind speeds in excess of 80 km/h and gusts in excess of 130km/h are expected, potentially causing structural damage and disruption, with dangerous marine conditions due to high seas and potential flooding."

Some areas, including Cork, Kerry, Clare, Galway and Mayo are expected to receive wind speeds in excess of 80mph, the Independent reports.

The storm is currently traveling across the Atlantic Ocean  with winds of up to 100mph as it approaches Ireland and the UK. By the time it reaches Britain, it will be what is known as an “ex-hurricane” and is expected to bring heavy rain and strong winds.

Severe weather alerts have been issued, with warnings of potential power loss, damage to buildings, and disruption to transport networks and mobile phone signals.