Ireland home to majority of Europe’s fur farms, calls for government to ban

Irish singer Imelda May has called on Ireland’s Agriculture Minister Simon Coveney to place a ban on the indust... 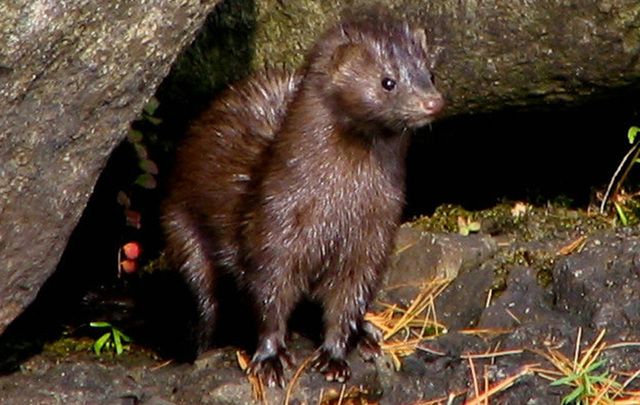 Irish singer Imelda May has called on Ireland’s Agriculture Minister Simon Coveney to place a ban on the industry of fur farms in Ireland, to move the country into line with laws in the United Kingdom, Austria and Switzerland.

There are five mink farms in Ireland and, according to the People for the Ethical Treatment of Animals (PETA), Ireland’s farms account for 70 percent all fur farms in Europe.

May wrote an open letter to Coveney saying, “Fur farming is a shameful, cruel industry that simply has no place in modern Ireland.

"Almost a quarter-million minks are condemned to a life of suffering on Irish fur farms.”

She continued, “This barbaric cruelty is unacceptable in a civilized, progressive country. Ireland needs to stop dragging its feet. Regulating the industry is not enough – please make Irish people proud and enact an immediate ban."

PETA spokesperson Ben Williamson told the Irish Independent, "The Irish Government has shown itself to be out of touch by failing to relegate the five remaining Irish mink farms to the history books.

"Imelda represents the views of the majority of Irish people . . . and we hope that her involvement in this campaign will cause the Government to sit up and pay attention."

On the PETA UK blog the group outlines their arguments for shutting down Ireland’s fur farms. Here are just some of their points:

- Banning fur farming in Ireland would save 225,000 mink each year from being imprisoned, abused and slaughtered.

- Minks are naturally solitary. Being kept in a small filthy cage, where they are in full view of, or surrounded by, other animals at all times, is horrifically stressful for them and often drives them insane.

- Fur farming is illegal in Northern Ireland. Austria, the Netherlands, the U.K. and other progressive European countries have already banned fur farms.

- In the wild, mink always live near water and love swimming and diving. On fur farms, they are never even let out of their tiny cages to exercise and have no opportunity to fulfill any of their natural behavior.

- A European Commission report about animals on fur farms found that “the typical mink cage with a nest box and wire mesh floor impairs mink welfare because it does not provide for important needs”.

- Fur farms in Ireland have created only approximately 60 jobs but causes hundreds of thousands of animals immense suffering every single day of their lives.

- Fur farming is opposed by the Irish Society for the Prevention of Cruelty to Animals and by hundreds of thousands of compassionate people in Ireland and beyond.

- Mink on fur farms are killed when they’re around 6 months old, having been confined for their entire lives. The frightened animals are yanked from their cages, shoved into a box filled with the bodies of up to 70 other dead and dying animals and gassed with carbon dioxide or carbon monoxide.

- A recent study found that real fur is much worse for the environment than humane faux fur, partly because of the toxic waste produced by factory farms. The climate-change impact of mink fur turned out to be five times greater than that of textiles.