Ireland will increase its funding commitment to €65 million for the period 2023-2025. 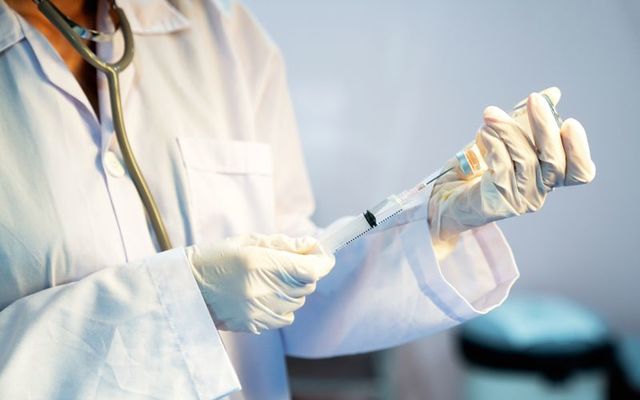 Ireland will increase its contribution to the Global Fund to fight AIDS, TB and Malaria. Getty

Ireland will increase its contribution to the Global Fund to fights AIDS, TB and Malaria, announced Minister for Foreign Affairs Simon Coveney T.D. in New York on Wednesday.

Ireland, one of the founding members of the Global Fund, will increase its funding commitment to €65 million for the period 2023-2025, according to a press release.

The contribution is a 30 percent increase in funding from Ireland, reaffirming the country's commitment to ending the three diseases by 2030.

“As a founding member of the Global Fund, I am proud of Ireland’s long-term partnership. We have seen first-hand the life-changing work of the organization. 50 million lives saved since 2002 - that is ten times the population of Ireland."

“Ireland will play its part in the global efforts to do what is needed to end HIV and AIDs, to end TB, and to end malaria. I am delighted to confirm that the Government of Ireland will increase its contribution to the Global Fund by 30 percent. We will play our part in the effort to save 20 million more lives.”

Speaking on the announcement of the increase, Minister of State for Overseas Development Aid and Diaspora, Colm Brophy T.D., said:

“We must continue to work together to regain ground lost against HIV, TB and malaria during the COVID-19 pandemic. It is critical to get back on track in achieving the UN’s Sustainable Development Goal targets by 2030. The Global Fund is Ireland’s largest global health partner. The results it has achieved over the last 20 years have been remarkable. By increasing our funding by 30 percent, we are signaling Ireland’s commitment to ending AIDS, TB and malaria.”

This new funding commitment of €65 million is in response to the Global Fund’s call on the world to mobilize US$18 billion to save 20 million lives, reduce inequalities in health services through a more people-centered approach, and strengthen health systems for resilience, sustainability and broader pandemic preparedness.

The pledging conference for the Global Fund to Fight AIDS, Tuberculosis and Malaria raised more than US$14.25 billion so far for the partnership’s work over the next three years, reports GlobalFund.org.

The US-hosted conference, held during the UN General Assembly, brought together more than 45 countries (including 18 Heads of State and Government), multilateral partners, private sector companies and civil society and community organizations.

Peter Sands, Executive Director of the Global Fund, said: “We are extremely grateful for the generosity of everyone who has committed to support our partnership. With the intersection of so many global crises, our donors understand that it is more important than ever to stop these deadly diseases and protect everyone, regardless of who they are or where they live, from these and future health threats.”