Could Ireland be getting its first outdoor rooftop cinema?

Planning permission has been granted to transform the upper floors of a car park in Dublin's city center into an open-air cinema, restaurant, and gallery. 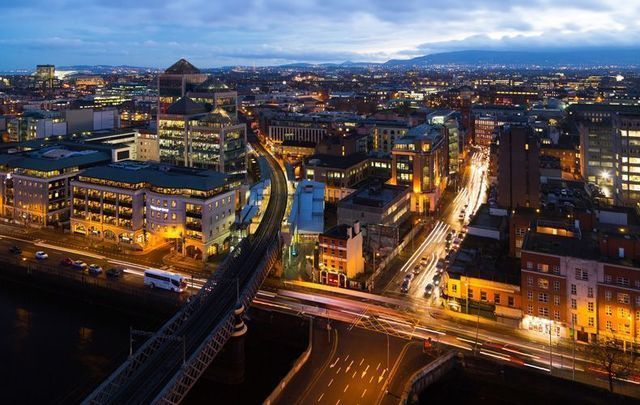 Dublin City Council has approved plans to transform the top floors of a car park in city center into an open-air cinema and restaurant.

The upper levels of the Trinity Street car park, located behind Dame Street, would be altered to create the rooftop entertainment venue, which would also have a gallery and exhibition area on the fifth floor of the building.

Derry-born chef Niall Davidson is behind the project. His company Table 21 restaurants secured permission for a change of use of the top floors of the car park for a maximum period of three years, reports The Irish Times.

However, the council did not approve a proposed cocktail bar and restricted the uses of the space to the gallery, licensed outdoor restaurant, and cinema, all of which shall be closed to the public between midnight and 8 am daily.

Pawnbeach, the owner of an adjoining bar, 4 Dame Lane, had expressed concern that the plans could “easily morph into a full rooftop cocktail bar with only a small element of restaurant.”

The company said the proposed project could have a negative impact on its business and claimed it could create problems in terms of noise and nuisance. The company asked the council to impose the restrictions.

Bashview, the owners of the Trinity Street car park, said the proposed development would provide “a unique attraction to combat the decline in visitor numbers witnessed over the past 18 months.”

The plans for the rooftop restaurant and cinema are temporary and will not impact Bashview’s plans to demolish the multi-story car park and build a nine-story office block on the site with a restaurant at ground level.

Davidson plans to operate the open-air cinema on Sundays and early weeknights.

An opening date for the restaurant and cinema has not yet been confirmed.