It’s enough to give anyone the heebie-jeebies. “A live rat was observed… emanated from the drain when the tap at the kitchen sink was switched on.” 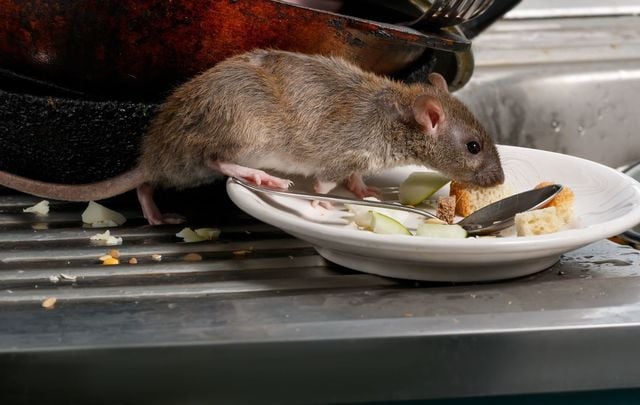 Rats in the drains: Would you eat at this restaurant? Getty

It’s enough to give anyone the heebie-jeebies. “A live rat was observed… emanated from the drain when the tap at the kitchen sink was switched on.”

Details for health violations discovered at an Indian Restaurant, in Kells, County Meath, would make even the steeliest city dweller wince as the Food Safety Authority of Ireland reported witnessing a live rat exiting a drain with the kitchen sink tap was turned on.

This news was released as part of a monthly report issued by the Food Safety Authority of Ireland. It includes eight closures orders and one prohibition order in September after uncovering breaches of Irish and EU food safety legislation.

Reporting on the Market Street restaurant in Kells they said, “Rat droppings were evident in the boiler room off the kitchen and on the floor in the dry goods food storage area.”

The report, featured in the Irish Times, added “A live rat was observed in the rear yard beside a defective open drain. The rat emanated from the drain when the tap at the kitchen sink was switched on.

“The kitchen opens directly onto the yard area and the kitchen door was wide open at the time of the sighting of the rat. The evidence of rat droppings and sighting of a live rat at the time of inspection, pose a grave and immediate danger to public health and the risk of contamination of food with pathogenic bacteria and foreign matter.”

Would you rather reports like these were made public knowledge so that you could decide on whether or not to dine? Let us know in the comments section below.