Frustration abounds as the Irish government delayed the new COVID testing requirement for entry from Friday until Sunday with no notice. 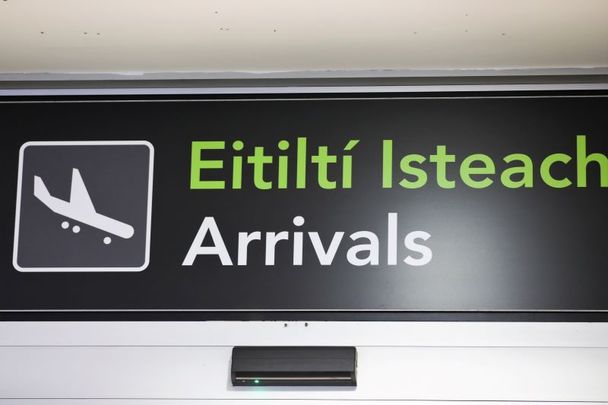 Ireland has delayed its COVID testing requirement for entry from today, December 3, to Sunday, December 5 - with no notice. RollingNews.ie

The requirement to present a negative PCR or antigen test upon arrival in Ireland is being delayed from today, December 3, to Sunday, December 5.

People arriving in Ireland today were frustrated to learn that the new requirements of pre-arrival COVID testing have been delayed by 48 hours.

On Tuesday, November 30, the Irish government announced that from 12:01 am on Friday, December 3, either PCR or antigen test will be required for all travelers arriving in Ireland.

While it reportedly emerged late on Thursday night that the new requirements will be delayed from Friday until Sunday, there was little to no communication on the matter from the Irish government.

At the time of publication at 12:50 pm EST on Friday, the Irish government's advice page on international travel has yet to be updated to reflect that the testing requirement will not be in effect until Sunday, December 5.

He added: "Many will have already gotten their tests at a great cost."

Indeed, RTÉ News met with a bachelorette party of more than 20 people who arrived in Dublin Airport on Friday morning and were shocked to learn the requirements had been delayed without notice after they had paid for testing.

This 21-woman hen party, who paid for last minute antigen tests to enter Ireland were not impressed when@BarryLenihan broke the news to them that the test requirement had been delayed. 😅@TodaywithClaire pic.twitter.com/WmPzHfSOoA

"My fully vaxxed family returning home from US in the morning told by Aer Lingus staff in Chicago tonight they didn't actually need PCR/Antigen test as government pushed date out 48 hrs. $520 they paid for emergency testing. Mixed messaging at its finest."

A statement from Aer Lingus began to circulate on Friday morning which said: “The Irish Government notified airlines last night [Thursday] that the new regulations will now have an operational date of 5 December and not 3 December as previously advised.”

Gavan Reilly, political correspondent with Virgin Media News in Ireland, noted that it was “remarkable” that the information came from Aer Lingus and not from the Irish government.

Speaking with RTÉ Radio’s Morning Ireland on Friday morning, Minister for Justice Helen McEntee said “I think we are in a very fluid situation and unfortunately we have been for some time because of COVID.”

She continued: “In relation to antigen testing and the PCR, I think people will appreciate that a number of departments are involved here. It takes time. We have to engage and make sure that the regulations are correct. This is simply procedural, it’s not that there has been a change at all, there’s just a little bit longer time needed between departments to finalize these.

“It’s not about government flip-flopping or changing direction, we have to change direction sometimes because of the nature of this pandemic. Everybody is doing their best here and really everything we have done is in the interest of keeping people safe.”

Taoiseach Micheal Martin is due to address Ireland shortly with an update on the country’s ongoing response to COVID-19.