Ireland faces the threat of fuel rationing and blackouts, with petrol and diesel prices predicted to rise above €2 per liter once again. 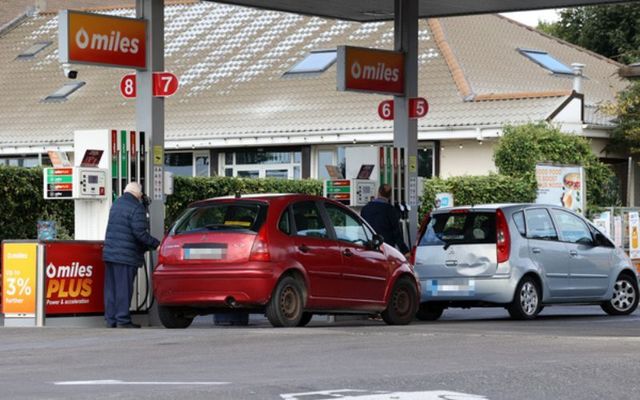 Ireland faces the threat of fuel rationing and blackouts, with petrol and diesel prices predicted to rise above €2 per liter once again.

The Irish Independent reports that Ireland faces nationwide rolling blackouts due to supply problems in Europe, while senior government officials are planning for "when, not if" scenarios regarding fuel rationing.

Petrol and diesel prices are expected to rise above €2 per liter from next week. The prices had risen above €2 earlier in the year but had recently come down to below €1.90 per liter.

Although the Government publicly downplays the threat of blackouts and fuel rationing, the Irish Independent reports that the Government is privately taking steps to secure energy supplies for essential workers and services.

The Energy Supply Emergency Group, chaired by Secretary General of the Department of the Environment, Climate and Communications Mark Griffin, has been meeting regularly to discuss the potential crisis amid concerns that foreign direct investment could be among the first affected by energy shortages.

Some Government officials are concerned about the reputational damage such a scenario would cause for Ireland, according to the Independent.

"What would that mean if those who bring investment began to lose confidence in Ireland?" A source told the publication.

"That has all been discussed, but the general feeling is if Ireland is forced to take that kind of action, so has the rest of Europe."

Officials in the Departments of Agriculture and Health also seek to ensure that households and hospitals will be protected in the event of any rationing.

Ireland, which obtains most of its gas supply through the United Kingdom, is said to be in a better position than the rest of the European Union, where restrictions are already in place.

However, Government officials are concerned about the "big threat" of Russian President Vladimir Putin suddenly cutting off gas supplies to Europe and leaving nations scrambling to obtain supplies.

One official believes it is "50/50" whether there will be significant energy disruptions in the coming months, with some major energy users already told to come off the grid at certain times.

The "worst-case scenario" of introducing blackouts to households is "more of a reality now than it ever was", one Government official said.

Meanwhile, Irish households are set to face mounting energy costs, with SSE Airtricity announcing a 35% hike in electricity bills and a 39% rise in gas bills starting from October 1.

Over the course of a year, the changes will add roughly €600 to electricity bills and €500 to gas bills.

This is the fifth occasion that SSE has raised its prices since the beginning of 2021, with gas and electricity prices rising by 39% and 30% during the last price hike in May 2022.

The company has received fierce criticism since announcing the latest price hike, especially since it has recorded a 23% increase in profits.

Company CEO Alistair Phillips-Davies also came under fire after it emerged that his annual salary jumped by 47% to £4.5 million.