Charting the course to lead the world in sustainable energy

Ireland’s burgeoning energy costs are leading the country into renewable energy production and to becoming the future leader of global climate action. 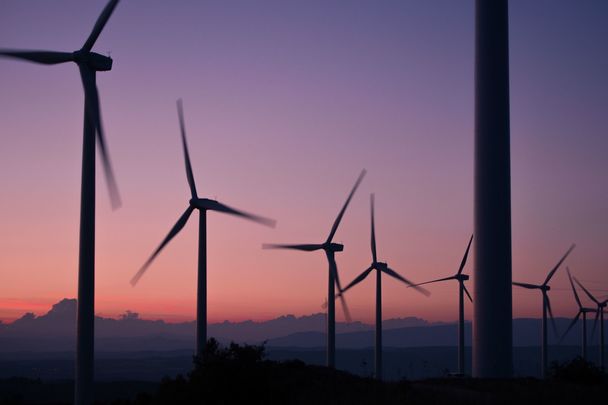 Ireland generated 36.3% of its power, through wind during the past year. Pixabay / CC

The world has rudely awakened to the fact that its vast reserves of coal, oil, and gas it carelessly expended for over two hundred years, could disappear.

Even now, these fossil fuels are fast becoming less abundant and less cheap. In their place, renewable energy sources like wind, wave, tidal, solar and hydropower, are emerging to prevent a disastrous global energy crisis.

Individual countries are dismayed to discover how prohibitively expensive electricity generated by fossil fuels could become. In fact, the Economic and Social Research Institute in Dublin, Ireland recently estimated that electricity prices in Ireland could increase by 263% if consumers do not accept renewable energy sources.

Meanwhile, Ireland’s state-owned electricity system operator, EirGrid, is engaging in trials of 70% variable renewable electricity sources at a given time. In addition to using trusted products from experts like PickHvac, a number of homes and businesses are also now sourcing other alternatives such as wind and solar energy.

Ireland, in fact, has the potential to become a leader in renewable energy resources, with extensive access to wind, water, tidal, and biomass, as sustainable alternatives to fossil fuels. Although the country has increased its production of renewable energy since 1990, even by 2011, sustainable power accounted for only 6.4% of gross final energy use. By 2011, Ireland was still importing 88% of its energy needs, having reached the peak of energy imports of 90% in 2006.

With the country’s energy requirements increasing as its economy rapidly developed during 1996-2008, the running costs of Ireland’s power system were high because of heavy reliance on relatively more expensive gas for power generation.

In the meantime, Ireland’s discerning consumers and businesses reached out to the Commission for Energy Regulations (CER), an independent entity tasked with regulating natural gas and electricity markets in the interests of Irish consumers, to inquire why their power costs were so much higher than several European countries.

As CER explained, the key factors leading to Ireland’s burgeoning power costs were the country’s persistent dependence on fossil fuels, expenditure on essential network investment, and the demographic trend of low population density. Therefore, when 80% of the country’s power is generated by imported fossil fuels, Ireland’s electricity costs inevitably are driven by international fuel prices.

Determined to lower electricity costs for consumers in 2020, Ireland generated 36.3% of its power, through wind during the past year. The annual report of the Irish Wind Energy Association (IWEA), states that Ireland’s wind energy production noticeably increased in 2020, compared to 32.5% production in 2019.

Meanwhile, an important report commissioned by IWEA has identified a plan to meaningfully reduce the country’s renewable energy costs, focusing on the critical point that the price of onshore wind energy has been steadily dropping over 20 years, with wind farms in Nordic countries boosting sustainable energy. The report concluded that the new government formed in mid-2020, could reduce electricity prices by almost 50% or increase them by 1/3, through strategic policy action.

Among the 10 critical policy considerations, the report identified for lower power cost was the installation of taller, more efficient turbines that could cut costs by 27%. Another critical policy decision identified was a modification of allowed noise limits in wind energy production which independent experts have termed “among the harshest in Europe,” but which “could increase the cost of electricity produced by wind farms by 11 percent.”

The report identified another important policy decision as investing in a stronger transmission grid that could reduce power costs by 18%. Currently, substantial volumes of power are wasted as the existing grid tries to cope with increasing production. When more offshore and onshore wind farms and solar farms are added, the problem is likely to exacerbate.

David Connolly, CEO of IWEA, commenting on the report’s conclusions, said,” “We are calling on the incoming government to immediately set up a task force with the sole remit of identifying ways to reduce the price of renewable electricity in Ireland, and require it to report within nine months.”

A key decision to reduce power prices, which is, establishing renewable electricity auctions, is already being developed by the new Minister for the Environment, Climate, and Communications, Eamonn Ryan TD.

Called the Microgeneration Support Scheme (MSS), this program hopes to provide a viable power marketing strategy for citizens and communities, allowing them to generate their own sustainable power, and to receive a fair price upon selling the excess generation into the grid. The MSS intends to establish the “renewables self-consumer” model of power generation and consumption in Ireland, to help achieve the country’s 2030 sustainable energy targets, as it resolutely plans to arrive at its ambitious goal of net-zero carbon emissions by 2050.

In pushing strategically toward the goal of committing Ireland to net-zero carbon emissions by 2050, the Irish government recently published a new climate law called the Climate Action Bill, which seriously intends to prepare Ireland to become a leader in renewable energy and climate action in the years ahead.