Irish journalist forced to leave China due to surveillance and intimidation

An Irish reporter has admitted she was forced to leave China due to increased surveillance and intimidation from Chinese authorities. 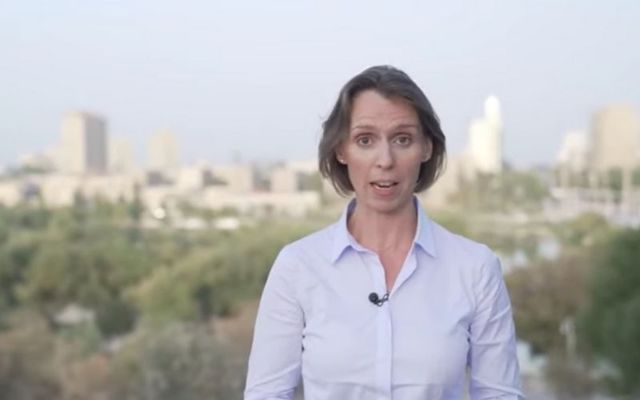 RTÉ correspondent Yvonne Murray has let China with her husband and three children over continued harassment and legal threats from Chinese authorities, who took issue with her coverage of the persecution of China's Muslim Uighur minority.

Yvonne Murray, who reports from China for RTÉ News and Current Affairs, said on Wednesday that she left the country "in a hurry" along with her three children and her husband John Sudworth - BBC News' chief China correspondent.

"It’s really because the pressure and the threats from the Chinese government just became too much, and this has been going on for some time," Murray told RTÉ News at One.

Murray and Sudworth will continue to report on Chinese affairs from their new home in Taiwan.

She said that the Chinese Government has been attempting to hinder her husband's work over the past three years by launching coordinated attacks via state media or through legal pressure.

"There’s no way for us as foreign correspondents to counteract those kinds of propaganda campaigns inside China because foreign news outlets are blocked," she told RTÉ.

She said the decision to leave China was very difficult because it has been her home for years, while all of her children speak fluent Chinese. However, she said that her family was followed by plainclothes police during their departure, reassuring her that she made the right decision.

Murray is currently "holed up" in a Taipei hotel during a 14-day quarantine and said that several US journalists are based in the city after they were expelled from China last year.

At least 18 foreign correspondents were expelled from China last year, while others were refused entry when they attempted to return to China after the pandemic.

Jon Williams, Managing Director of RTÉ News & Currents Affairs, confirmed in a statement that Murray had relocated to Taiwain.

"Over the last few years, Yvonne has brought a huge amount to RTÉ's foreign coverage, reporting on the Uighurs from Xinjiang, and from Wuhan on the origins of the pandemic, as well as for Prime Time on the plight of the Irish businessman, Richard O'Halloran, who is detained in China," he said.

Williams said that Taiwan has become a "refuge" for foreign correspondents who have been expelled from China.

Meanwhile, the BBC also confirmed in a statement that Sudworth had relocated to Taiwan due to relentless harassment from Chinese authorities.

"Our correspondent John Sudworth has relocated from Beijing to Taiwan," the BBC said in a statement on Twitter. "John's work has exposed truth the Chinese authorities did not want the world to know."

Sudworth was the target of a civil lawsuit in Xinjiang for publishing "fake news" about the region and Hua Chunying, spokeswoman of China’s Ministry of Foreign Affairs, criticized the BBC corresponded for leaving the country without clearing his name.

"Why did he run away? What does this show?" she said.

The Chinese Embassy in Ireland also dismissed Murray's allegations of harassment as "sensationalist".

"She "took the decision to leave", according to her own words. Leave or come back?----it's up to her. Nobody has forced or will force her. Sensationalist presentation sells paper but won't for too long," the Chinese Embassy in Ireland said in a heavily criticized statement on Twitter.

"Her husband, a BBC correspondent in China, has been strongly criticized by a lot of Chinese for his unfair, unobjective, and biased reporting on China and some people and entities in Xinjiang, China are considering suing him for the serious harm his reporting has caused on them," the statement continued.

Fine Gael TD said that the statement was "disgraceful" and said that the Chinese Ambassador to Ireland should be "summoned urgently".

Freedom of the press my eye. A disgraceful & wholly undiplomatic statement. The Ambassador should be summoned urgently. https://t.co/L5rhVNA58N

Fianna Fáil TD Malcolm Byrne called on Minister for Foreign Affairs Simon Coveney to summon the Chinese Ambassador to explain why Murray was forced to leave the country.

The continuing deterioration in press freedom and human rights in China is deeply concerning," Byrne said in response to the incident. "There is an urgent need for an Oireachtas debate on the deteriorating human rights behavior in China."