From next March Sinn Fein will rely on online platforms, and there will be occasional magazines with the An Phoblacht name. 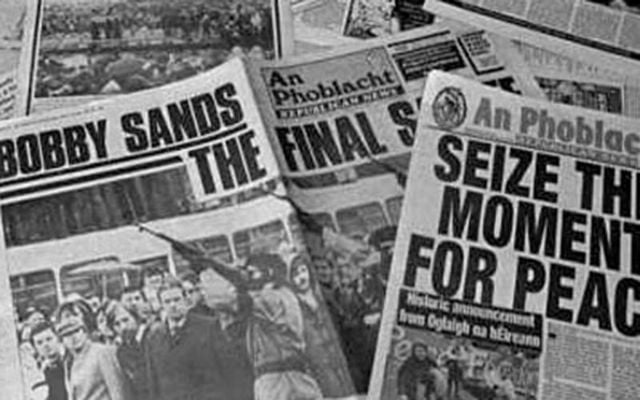 An Phoblacht newspaper to go digital after 47 years.

An Phoblacht, the monthly newspaper of the IRA and Sinn Fein and a dedicated supporter of Gerry Adams, has ceased publication after 47 years.

From next March Sinn Fein will rely on online platforms, and there will be occasional magazines with the An Phoblacht name.

The decision was announced this week in the final printed edition with the words: “Just as Sinn Fein is in a process of renewal and regeneration, so is An Phoblacht. The print and newspaper environment is changing in a fast-developing world of social media. Our newsprint edition is now only a fraction of our online readership and with a demand for longer, reflective pieces and discussions on articles.

“With this in mind, we are ending the monthly print edition with this issue and we will be moving to a new magazine format with the first edition in March 2018.”

An Phoblacht, as the official paper of the IRA, first appeared on June 20, 1925, under the editorship of Patrick Little. Among the contributors were Peadar O’Donnell, Frank Gallagher, Frank Ryan, Hannah Sheehy-Skeffington and Father Michael O’Flanagan.

It was described then, when it was a weekly, as “the organizer, the educator and the policy maker of the IRA and its supporters.”

It ceased publication in 1937 but was revived by the Provisional IRA in Dublin in 1970 after a bitter split with the “officials.”

In 1979, it was merged with a sister Belfast-based publication, Republican News, becoming known to the activists who sold it in pubs and on the street as AP/RN.

It carried every statement of P. O’Neill, the republican movement’s mysterious paramilitary spokesman who was the invention of former IRA chief-of-staff Sean MacStiofain.

When MacStiofain became discredited as a republican in 1972, An Phoblacht ostracized him by calling him by his English name, John Stephenson.