Michael McKevitt was one of four men found liable for the Omagh Bombing, which claimed the lives of 29 innocent civilians, including a woman who was pregnant with twins. 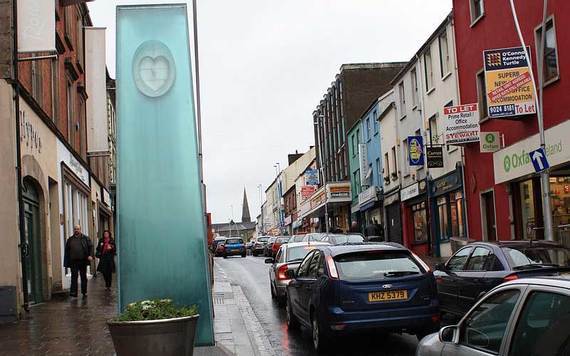 The site of the Omagh Bombing memorial in County Tyrone. Wikimedia Commons

The former leader of the Real IRA who was one of the four men found liable for the Omagh Bombing has died following a battle with cancer.

Michael McKevitt died at the age of 71 on Saturday, January 2. He had been diagnosed with terminal cancer a number of years ago.

The County Louth native always denied involvement in the horrific Omagh Bombing in 1998 which claimed the lives of 29 innocent civilians, but a landmark civil trial in 2009 found that he was liable for the bombing along with Liam Campbell, Colm Murphy, and Seamus Daly.

Seamus McKenna, a fifth man in the trial, was cleared of liability for the bombing.

The four men were ordered to pay £1.6 million ($2.2 million) to the 12 relatives of the victims who took the case to court.

In 2019, the High Court deemed that McKevitt was bankrupt following his failed attempts to pay out the damages to the relatives of the Omagh Bombing.

However, no one was ever found guilty of the bombing in a criminal trial. The bombing was one of the most shocking incidents of the entire Troubles, claiming the lives of 29 people, including a mother who was pregnant with twins.

McKevitt did serve a 20-year prison term for directing terrorism and for membership in an illegal organization and was only released in 2016. He was one of the founding members of the Real IRA, the anti-Good Friday Agreement splinter group of the IRA.

McKevitt is survived by his six children and his wife Bernadette Sands McKevitt, the sister of famed IRA hunger-striker Bobby Sands.

The Republican Network for Unity, a small Irish political party campaigning for Irish unification, said that it was "deeply saddened to learn of the passing of our friend and comrade".

On the other hand, Stanley McComb, whose wife Anne died in the bombing in 1998, told the Belfast Telegraph on Saturday that he hopes McKevitt is "happy in hell".

"It doesn't bother me one bit that he's died," McComb told the Belfast Telegraph.