Paul Reid said he regrets that the contact tracing decisions that were made by the HSE over the weekend. 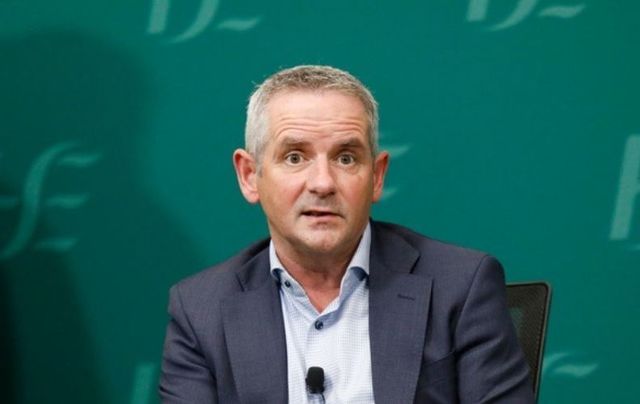 Ireland's Health Service Executive (HSE) has apologized to more than 2,000 people who tested positive for COVID-19 after they were told to alert their own close contacts about their diagnosis.

HSE contact tracers are supposed to alert anyone who was in close contact with someone who tested positive for COVID-19, but public health teams were overwhelmed at the weekend and thousands of close contacts could not be alerted.

Around 2,500 people were asked to alert their own close contacts over the weekend, with each person having an average of four or five close contacts, the HSE said, meaning that the health service failed to alert more than 10,000 people at risk of contracting the virus.

Anyone who tested positive for the virus was sent a text message confirming their diagnosis along with a request to send the message to anyone they had been in contact with for over 15 minutes.

"It was a risk-based decision we had to make," Reid said on RTÉ Radio One's Today with Claire Byrne.

"It's an unfortunate situation. I regret that it happened but there are big calls we are going to have to make as we move through this process."

HSE CEO Paul Reid apologized for what he described as a "concerning" development for the HSE and he said that the recent spike in new cases had put huge pressure on contact tracing teams.

"The huge surge that emerged over the last ten days did catch us this weekend," Reid said. "Our recruitment hasn't caught up with the rise in cases."

Reid said that the HSE has been recruiting 70 contact tracers per week over the past few weeks and that more than 500 people are involved in contact tracing throughout the country.

The HSE CEO also apologized to Minister for Health Stephen Donnelly, who only found out about the contact tracing fiasco on Tuesday night after reading about it on an online news site.

Reid took full responsibility for not informing Donnelly about it sooner and said that the story broke in the Irish media as HSE teams were trying to deal with the issue.