Outrage as horse raced to death on streets of Cork

GRAPHIC CONTENT WARNING: Animal cruelty as horse raced to death abandoned in the middle of residential area, in Cork city, by laughing mob. 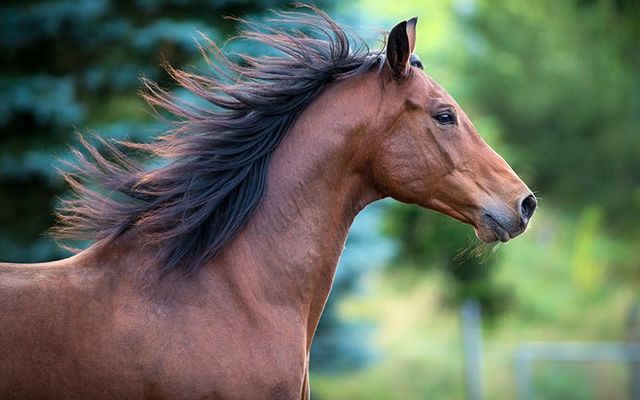 A horse was raced to death and abandoned in broad daylight in the middle of Cork city. iStock

GRAPHIC CONTENT WARNING: Animal cruelty as horse raced to death abandoned in the middle of residential area, in Cork city, by laughing mob.

There has been public outcry in Ireland after a horse was raced to death on the streets of Cork city and was left for dead as a gang of youths who abandoned the animal, laughing as they fled, according to witnesses.

The horse had been driven through the streets of Cork attached to a “sulky”, a type of cart used for racing. The animal collapsed in the middle of a residential area. The group who had been racing the horse walked away after it fell to the ground.

A JCB tractor was used to remove the horse’s remains. The Irish Society for the Prevention of Cruelty to Animals (ISPCA) are investigation the incident.

Shocking to see the likes of this animal cruelty in #Cork. Horse left to die at the side of the road. #RSPCA pic.twitter.com/ckQVbJwsLe

Inspector Lisa O’Donovan told Metro this was not an isolated incident.

“It is not acceptable that you have young kids going out there driving a horse into the ground and then just walking away,” said O’Donovan.

“A few people said to me that they were laughing as they went which I think is even more horrifying. There is no remorse, guilt. The horse is of no more value to them than anything else.”

Investigation under way into death of horse locals say was abandoned and left to die in a Cork city housing estate https://t.co/c6KoOrlGhO

A Cork city resident Bernice Cotter added “This is a horrendous attack on a defenseless animal. They should be named and shamed. I’m so angry over this.”

Local Sinn Féin politician Ken O’Flynn said “I have deep concern and frustration regarding the treatment of horses in the Northside of Cork City.

“Those responsible for animal cruelty must be punished and made an example of a letter of the law.”

Sinn Féin councilor Thomas Gould told the Evening Echo “Every day there is sulky racing taking place in Cork. Up in Ballyhooley Road, Kilmore Road, Mahon, and the Straight Road,”

“That animal must have suffered and gone through stress, hurt and torture right up until its last breath. For someone to just unhook it and leave it there and discard it on the side of the road, as if it is nothing, is disgraceful,” Keohane added.

Workers’ Party Councillor Ted Tynan said “It was not a natural death. It was a young female horse. It is appalling treatment of an animal.”

Tynan also mentioned that previously horses had been left at the outskirts of Rathcooney to starve to death. He asked that the Irish Department of Agriculture step up and tackle the issue of animal mistreatment.

Read more: The secret world of the beautiful wildlife and animals in Dublin city