As many as one in 83 Irish people are predisposed to iron overload while one in five is a carrier of the gene. 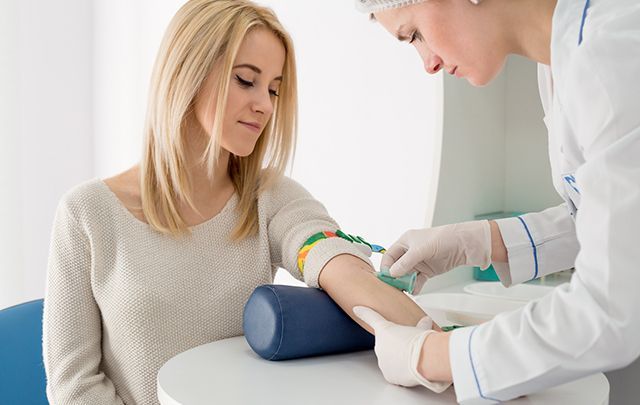 A campaign to reduce the numbers of people suffering unnecessarily from Hemochromatosis (spelled Haemochromatosis in Ireland) was just launched by Leinster rugby player Sean O’Brien at the Radisson Hotel, St. Helen’s, Dublin.

Ireland has the highest levels of Hemochromatosis in the world. Known as ‘The Celtic Curse’, Hemochromatosis is a genetic disorder where the body absorbs excessive iron from the diet and stores it in the body. The IHA is encouraging people who are suffering from symptoms such as chronic fatigue, joint pain, diabetes, irregular heartbeat, enlarged liver and loss of sex drive to consult their GP.

A simple blood test to check your iron status can confirm or rule out iron overload. The accumulated iron affects the liver, heart, pancreas, endocrine glands and joints, leading to impaired function of these organs and eventually to disease and organ failure.

Haemochromatosis causes the body to absorb excessive amounts of iron. Over time, the iron levels build up in different...

As many as one in 83 Irish people are predisposed to iron overload while one in five is a carrier of the gene.

The treatment is simple and effective.  It involves the removal of blood and is similar to blood donation.

Professor Suzanne Norris, Consultant in Hepatology and Gastroenterology at St James’s Hospital has said that "ill health from Hemochromatosis and the development of serious complications such as cirrhosis can be prevented by simple treatment. Life expectancy in treated non-cirrhotic patients is normal.

Do you suffer from any of the following: - Chronic fatigue - Abdominal pain - Impotence - Arthritis - Diabetes -...

"Early diagnosis is therefore critical and Hemochromatosis is an ideal condition to consider for population screening in Ireland."

Read More: Celtic blood disease undiagnosed in many Irish is the subject of a new awareness campaign

The National Awareness Day is tomorrow, June 7, and there will be information stands in a number of shopping centers and hospitals throughout the country. The full list of venues can be viewed on the Haemochromatosis Ireland Facebook page.

Also at the launch was Margaret Mullett, Chairperson of Irish Hemochromatosis Association with her granddaughters Leah (9) and Georgina Mullett (5). Margaret suffers from the genetic condition.  Dr. Maurice Manning, Chancellor of the National University of Ireland and a native of Carlow also has the genetic condition and was in attendance.