County Donegal’s O’Doherty’s Keep, back in clan's hands, needs crowdfunding to restore it to its former glory. 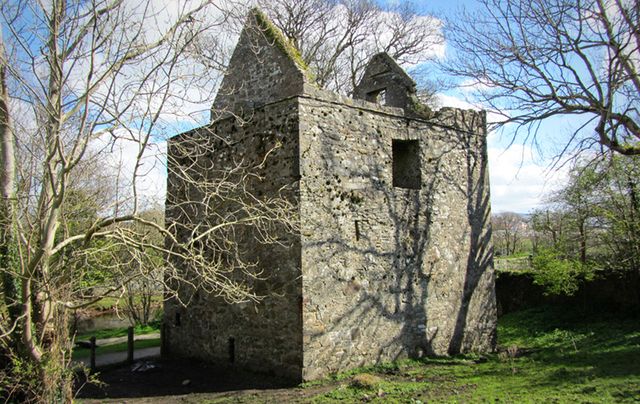 After 400 years of almost unbroken English ownership an Irish castle, O’Doherty’s Keep, is back in Irish hands. Even better, it’s back in the guardianship of the clan that built it.

Now an exciting conservation project has been launched to restore the historic 14th castle in County Donegal to its former glory – and you can help!

What makes this project truly remarkable is that after nearly 400 years in English hands the stolen castle is finally back in the guardianship of the O’Doherty clan themselves, an unprecedented development.

Flight of the Earls

The history couldn’t be more fascinating. The collapse of the entire Gaelic world can be traced to County Donegal, where the famous 1607 Flight of the Earls saw some of the last Irish chieftains set sail from Rathmullan on a French ship bound for Europe – their last hope to escape the coming slaughter.

On board were Hugh O'Neill, Earl of Tyrone, and Rory O'Donnell, Earl of Tyrconnell, together with more than ninety of their family and followers. Their descendants are scattered throughout Spain, France and even South America to this day.

When the English began the bloody business of colonizing Ireland in earnest in the early 1600s they started by imprisoning or killing the Irish aristocracy and stealing or sacking their castles and land.

So as the last Earls sailed from Lough Swilly, the deepest fjord in Ireland, the last thing they saw would have been the old castles of the O’Doherty clan.

One of their number, young Sir Cahir O’Doherty, the last Gaelic Lord of Inishowen, for a time had apparently believed he could work with the crown forces to retain his elevated position.

O’Doherty is a somewhat mysterious figure, so praised or maligned by competing historians to the point that a true picture of his motives can be hard to discern. Some ascribe hardheaded political pragmatism to his motives whilst others believe they see treason.

What we do know is that one year after the Flight of the Earls O’Doherty led the last rebellion of the old Gaelic world, dying in battle and setting the stage for the Plantation of Ulster.

His castles still stand. Better yet they stand in the county that National Geographic magazine this year branded “the coolest place on earth.” This year one of them may begin the process of complete restoration – with your help.

Spokesperson for the development group Ronan O’Doherty told IrishCentral.com that when his father bought the fishing rights to the river a few decades back the old O’Doherty Keep was included in the deal. That means that after four centuries an O’Doherty was finally in possession of one of their ancestral castles again.

So everyone working on the Keep’s restoration understands just how pivotal it was in the story of not just the region but the entire island. Now the symbolism of the Keep being restored to its former glory under the guidance of an O’Doherty is a story that should catch the imagination of every Irish person around the globe.

A new study of the building in order to compile a comprehensive Conservation Plan will come in at a cost of €50,000 ($58,000) – for which a crowdfunding site has now been set up. Every donation helps, no matter how small!

So the famous landmark could be getting a major facelift soon (overseen by the conservation group dedicated to restoring the Keep) including its re-roofing and the construction of a visitor and heritage center and landscaped gardens on site.

Speaking about the project, spokesperson for the development group, Ronan O’Doherty, told IrishCentral.com, “The first phase of the project includes surveying of the Keep itself and the adjacent site by specialists, including structural engineers. The study will cost money and we must raise €50,000 to complete it through a combination of private and public funds.”

“But we are really excited by the project, and we believe that the site is of such historic significance. We are calling on the O’Doherty Clan and the world wide Irish Diaspora to assist us in reaching our fundraising goals.”

Interest isn’t just coming from Ireland. On a recent visit to the site O’Doherty met a family he thought might be Spanish descendants of the Flight of the Earls. It turned out they were O’Dougherty’s from Guatemala.

A new website to highlight the cause has just gone live. Further information on the project can be found at www.odohertyskeep.com.