Hangover-free alcohol substitute may be on the way, says scientist

As the world tries to recover from their St. Patrick's Day hangovers we look to the future, 2050, when hangover will be a thing of the past. 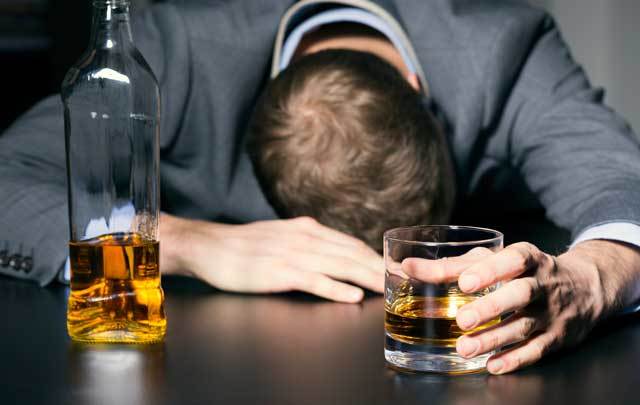 A new alcohol substitute may help people avoid the after effects of alcohol. iStock/Getty Images

As the world tries to recover from their St. Patrick's Day hangovers, we look to the future, 2050, when hangovers will be a thing of the past.

A new alcohol substitute has been created that would give people the same positive effects as a few drinks but without the nasty hangover that usually follows.

According to the drink’s creator, Professor David Nutt, an Imperial College Professor and former British government drugs advisor, the synthetic beverage, known as ‘alcosynth,’ is designed to mimic the positive effects of alcohol but doesn’t cause a dry mouth, nausea or throbbing head.

Professor Nutt has patented around 90 different alcosynth compounds, two of which are now being tested for widespread use.

He told The Independent that he hopes the new drink will completely replace alcohol by 2050.

“It will be there alongside the scotch and the gin, they'll dispense the alcosynth into your cocktail and then you'll have the pleasure without damaging your liver and your heart,” he said.

“They go very nicely into mojitos. They even go into something as clear as a Tom Collins. One is pretty tasteless, the other has a bitter taste."

Professor Nutt and his team have been able to design the non-toxic drug by researching substances that work on the brain in a similar manner to alcohol.

“We know a lot about the brain science of alcohol; it's become very well understood in the last 30 years,” he said.

“So we know where the good effects of alcohol are mediated in the brain and can mimic them. And by not touching the bad areas, we don't have the bad effects.” 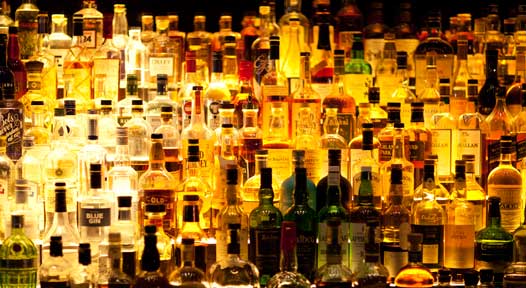 Early experiments with alcosynth used a derivative of benzodiazepine, the same class of drugs as Valium, but the professor said his drinks do not contain the drug. He said his formulas would remain a closely guarded, patented secret.

Advocates of alcosynth believe the drink could revolutionize public health.

"They know that and have been planning for this for at least 10 years. But they don't want to rush into it, because they're making so much money from conventional alcohol.”

However, due to regulatory concerns and the huge cost of funding research, it may be quite a long time before anyone can order an alcosynth cocktail from their local bar.

“It’s an interesting idea, but too much in its infancy at the moment for us to comment on,” a Department of Health spokesperson told The Independent.

“I don’t think we’d give money to it until it was a little further along,” said the spokesperson. "If [Professor Nutt] were to apply for funding, it would go through the process of everything else and would be judged on its merits.”

“It would be great for producing better workforce efficiency if no one was hungover.”

Read more: Myths about the Irish and alcohol are infuriating

Professor Nutt says that the effects of the synthetic drink last a couple of hours but that his researchers have managed to limit the effects of drinking too much alcosynth.

“We think the effects round out at about four or five 'drinks,' then the effect would max out,” he said.

“We haven't tested it to destruction yet, but it's safer than drinking too much alcohol. With clever pharmacology, you can limit and put a ceiling on the effects, so you can't ever get as ill or kill yourself, unlike with drinking a lot of vodka.”

Researcher Guy Bentley worked with the professor on a new report by the Adam Smith Institute, a nonprofit think tank, into alcosynth regulation.

Bentley said he hoped to persuade the government to accept alcosynth as a way of reducing the harm caused by alcohol.

“[The report] is trying to spark what happened with e-cigarettes and tobacco, but with alcohol," he said. "Professor Nutt has been experimenting on this for a long time, but I thought to myself - ‘where is it?’ I wanted my hangover-free booze.”

However, Neil Williams, from the British Beer and Pub Association, says alcosynth is not necessary, as “there are other ways of avoiding a hangover.”

“There are plenty of low-strength drinks, particularly beers,” he told The Independent. “We should all drink in moderation so we shouldn’t need to have a hangover anyway.”

“I’d want to know more about it before I tried it myself,” he said.