What about Samhain? Petition wants to change the date of Halloween

The Halloween and Costume Association in the US wants to see Halloween moved to the last Saturday in October. 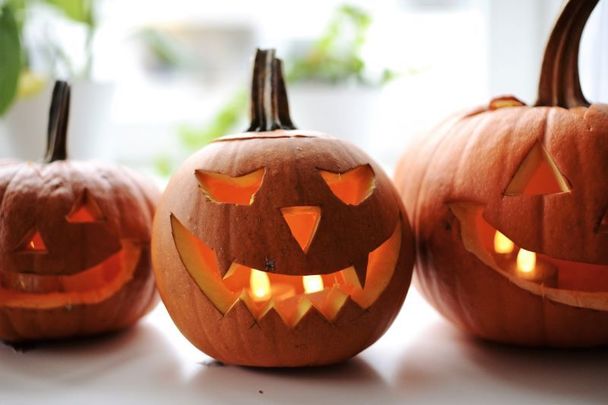 Should Halloween be moved to the last Saturday in October? Getty Images

Halloween should be moved to the last Saturday in October, according to an online petition by the Halloween and Costume Association (HCA).

Read More: Halloween in Ireland and its origins in the Celtic festival Samhain

The online petition, which was has been around for a year but has recently seen a spike in attention, has so far gained more than 106,000 signatures.

On it, the HCA argues that having Halloween on a Saturday would provide for a “safer, longer, stress-free celebration” and is petitioning President Trump to officially move the holiday from October 31.

The HCA cites safety concerns for children who celebrate Halloween and implies that having Halloween on a Saturday would allow trick-or-treaters to go door-to-door during the day when it’s still light out as opposed to in the evening after school.

Noting that 51 percent of millennials say that Halloween is their favorite holiday, the HCA says “why cram it into 2 rushed evening weekday hours when it deserves a full day!?!”

Read More: Should Catholics turn their back on “evil” Halloween for “Holyween”?

Halloween, as we know it today, is a derivative of the ancient Celtic festival of Samhain, the day in which ancient pagans marked the end of the harvest season and the beginning of winter. The Celts also believed that on the eve of Halloween, dead spirits would visit the mortal world, so they lit bonfires to keep evil spirits away and dressed in disguises.

Many of today's Halloween traditions originated in ancient Ireland, such as bonfires, costumes, trick-or-treating, and jack-o-lanterns.

While there are many supporters of the online petition, others are opposing the proposed change, most notably because of Halloween's Samhain roots.

On HCA’s Facebook, one woman wrote: “Hands off Samhain. It's bad enough that the Church have distorted and spoilt the true beautiful meaning behind the celebrations without a business trying to claim it and change it. Next you'll be trying to change Christmas to a more convenient day so you can get more shopping days in. Samhain is an ancient Pagan feast day. Not an opportunity for you to sell more plastic stuff.”

On Twitter, one woman noted modern-day Halloween's links to the ancient Celtic festival of Samhain:

NO!! Halloween's origins date back to the ancient Celtic festival of Samhain. This day marks the end of summer, harvest, and the beginning of the dark, cold winter - a time of year often associated with death. October 31, Samhain is celebrated when the ghosts of the dead return https://t.co/x9PAiswgec

Read More: Irish Samhain blessings for you and your loved ones this Halloween

What do you think - should Halloween be moved? Let us know in the comments!