The Great Blakset Island's latest caretakers have spoken out about disrespect, including public urination and mistreatment of seals, they witnessed on the island. 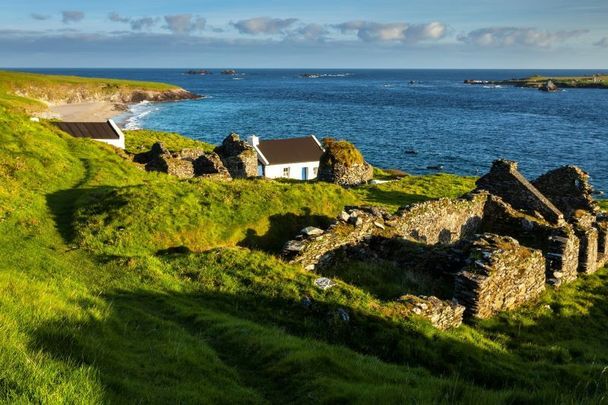 Great Blasket Island, the largest of the six Blasket islands, on the Dingle peninsula on the Wild Atlantic Way in Co Kerry. Getty Images

Brock Montgomery and Claire de Haas, the couple who earlier this year were selected from thousands of applicants to be the new caretakers on Great Blasket Island off the coast of Co Kerry, are speaking out after their job term came to an end.

The duo - Montgomery from Canada and de Haas from The Netherlands - returned to the mainland on October 4 after living and working on the remote Irish island that has no electricity, WiFi, nor a water mains system since April.

While they enjoyed morning sea swims and stormy nights with only a fireplace for warmth, the duo has spoken out about some of the "disrespect" they witnessed from tourists visiting the island.

While there are no permanent residents on Great Blasket, ruins of old structures, including the former home of revered Irish storyteller Peig Sayers, remain on the Irish island that's become a tourist destination for the summer months. 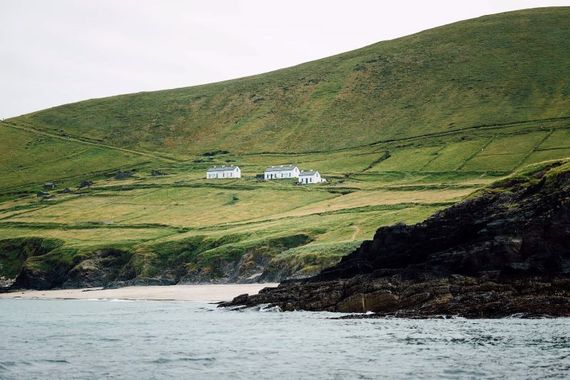 “We witnessed people regularly using the ruins as toilets," de Haas told the Irish Examiner after the couple's job concluded.

“But we don’t blame people because they have nowhere else to go.

“We are, however, more worried about what day trippers are doing to seals."

The northern shore of Great Blasket Island is described as "a hot spot for Grey seal activity" by the island's boat tour operators.

“We witnessed one man throw a seal cub into the water, then take it out and hold it up for a selfie taken by his wife," de Haas said.

“That seal cub later died. It was one of two to die that we know of.”

In July, an appeal was posted on the Great Blasket Island Facebook page urging visitors to respect the seals' homes.

PLEASE READ. 🦭 Seals are one of the most beautiful sights on the island and have a deep historical connection with the...

De Haas said there is a lack of respect as well as a lack of education. She and Montgomery wrote to Ireland's Office of Public Works (OPW) about the situation.

A spokesperson for the OPW told the Irish Examiner that it is "preparing to seek quotes from suitably qualified professionals to assess potential locations on the island for toilet facilities."

Regarding the safety of seals, the OPW said it is "working on the installation of appropriate signage ahead of the 2023 visitor season, to include signs related to the protection of the seals and birdlife."

The OPW said it would also coordinate with ferry operators "to ensure all visitors receive information on the island.” 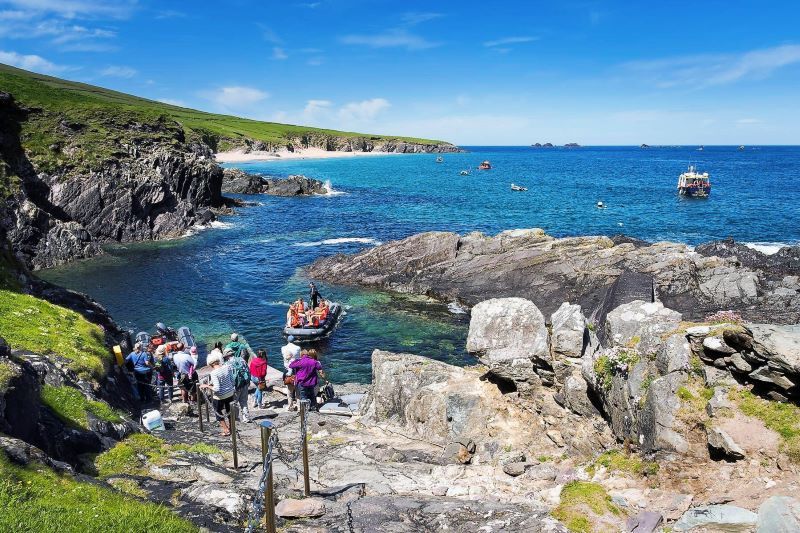 Despite the issues they encountered, the couple still enjoyed their time on Great Blasket Island.

“It was definitely even better than we ever expected," de Haas told The Kerryman newspaper.

Montgomery reflected: “In the short-term, I’d say that we learned to be in the moment a little bit more because time was flying by, and so we wanted to really make sure that we took it all in."

He continued: "The island has had a lasting effect on us so the lessons we’ve learned, I think will last a long time."