Richard Moore's grandfather served in the IRA in Cork for six years. 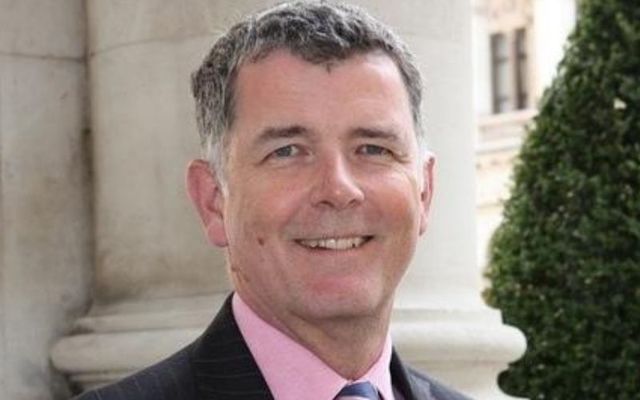 The grandson of a Cork IRA man during the Irish War of Independence has just been named chief of the British spy agency MI6.

Moore's Irish ancestry makes his appointment particularly interesting since it has recently been revealed that he is the grandson of Jack Buckley, an IRA fighter who served for six years during the War of Independence between 1916 and 1922.

Moore, a former British Ambassador to Turkey, has not been shy about his Irish roots and his links to Irish republicanism.

The new head of MI6 once told a Turkish outlet that he was "of Irish origin" and that his grandfather had received a medal for fighting against British rule in Ireland.

"My grandfather fought against the British Government in the separatist Irish Republican Army between 1916 and 1922," Moore said.

"He received a medal from the Irish president. Now, I am the ambassador of the British government."

Moore, 57, currently serves as the political director at the British Foreign and Commonwealth Office and will become head of MI6 in the fall.

He first joined the Secret Intelligence Service (SIS) in 1987 and has had postings in Pakistan, Malaysia, Vietnam, and Turkey.

The father-of-two said that he was "pleased and honored" by the appointment and that he looks forward to working alongside the brave members of the SIS in the near future.

"I look forward to continuing that work alongside the brave and dedicated team at SIS," he said.

Outgoing head of MI6 Sir Alex Younger gave Moore a glowing recommendation, saying that he was "delighted by the appointment".

"I am delighted by this appointment. Richard is a highly accomplished intelligence officer and we look forward to welcoming him back to the service," Younger said.

Read more: What goes around, comes around during Ireland's War of Independence