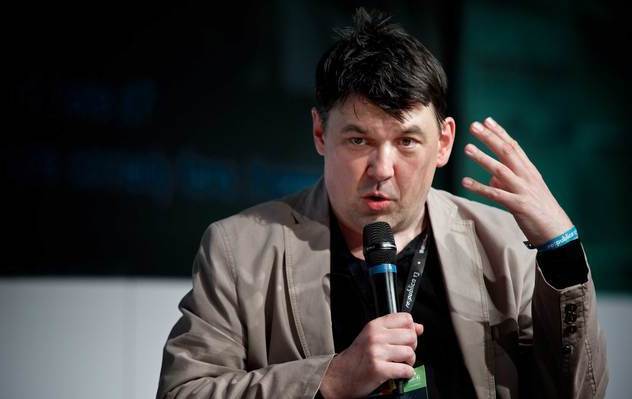 Graham Linehan has been consistently outspoken about transgender rights. SCHREIBVIEH/WIKICOMMONS

Graham Linehan's personal Twitter account @Glinner has been permanently suspended from the platform for using an anti-trans comment and breaching the site's rules on banned words.

Linehan's personal account, @Glinner, was suspended on Saturday, June 27, after "repeated violations" of Twitter's rules against hateful conduct and platform manipulation, Twitter said in a statement.

Linehan's account was closed shortly after he reportedly tweeted "men aren't women tho" in response to a tweet by the Women's Institute wishing their followers a happy Pride.

The account, which also used the handle "Glinner," said: "I’ve finally been suspended from Twitter and I have a feeling they’re either going to ban me or just take away my blue verified tick.

"The latest tactic by trans rights activists is to run a search for any time I’ve used the word ‘groomer’, a phrase Twitter recently decided was Not Allowed," the account continued.

"I still use the word ‘grooming' in various permutations because I believe that gender ideology is a form of societal grooming. It is a very real threat to the wellbeing of women and children."

The post ended by urging Mumsnet users to "let people know it’s entirely down to malicious reporting from the usual suspects."

Linehan, a native of Dublin who co-wrote Father Ted along with Arthur Matthews, has faced frequent criticism over perceptions that he is transphobic.

The Father Ted creator has been consistently outspoken about transgender rights and, in 2018, he was sued by trans rights activist Stephanie Hayden who accused him of harassment and dead-naming - calling a transgender person by the name they used before their transition.

West Yorkshire Police issued Linehan with a verbal warning over the issue.

In the same year, Linehan was accused of linking the trans movement to Nazism.

Speaking to Resistance Radio, he said that not speaking out against trans rights was like ignoring something terrible like Nazism.

"I’m now in a position where I can now answer the question honestly of, if you were around the time of something terrible happening like Nazism, would you be one of the people who said, ‘This is wrong,’ despite being opposed."