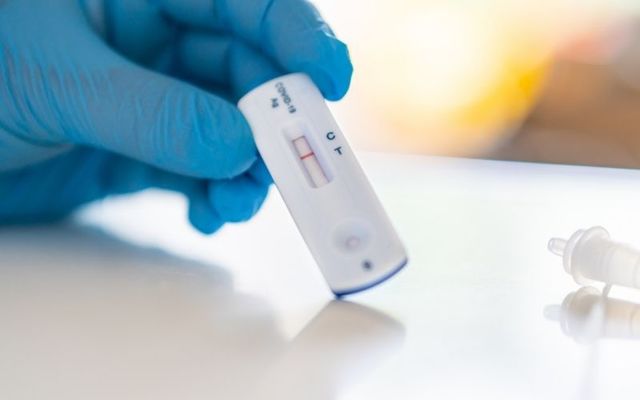 A dispute has broken out within the Irish Government after a number of sources reported that all TDs and Senators were to be offered free antigen tests starting next week.

The Houses of the Oireachtas denied the claims on Thursday afternoon, stating that the tests will be free for Oireachtas staff but not for TDS or Senators.

However, multiple TDs said that they were informed that TDs and Senators were to be included in the plan during an Oireachtas Business Committee meeting on Thursday morning.

Prior to the Houses of the Oireachtas statement, Social Democrats TD Gary Gannon described the move as "indefensible".

"It is incredible that arrangements for antigen tests would be put in place for TDs before teachers and children in primary schools," Gannon said on Thursday.

He also raised the issue in the Dáil and was challenged by Ceann Comhairle Sean O Fearghaíl, who said that Gannon's claims were "completely untrue".

"If you’re going to come in here and make statements or rush out to the media please get your facts correct," O Fearghaíl told Gannon.

Gannon, on the other hand, called on O Fearghaíl to retract the statement and asked him to tell him about a scheme whereby TDs could pay for an antigen test.

'Please get your facts correct!' The Ceann Comhairle and Gary Gannon clash on whether or not TDs will be getting free antigen tests pic.twitter.com/XgbnjAyvAA

McGrath, who objected to the proposal during the meeting, told the Irish Times that he would have no need to object if TDs and Senators weren't included in the plan.

"Why would I have objected?" McGrath told the Irish Times.

The Irish Examiner reports that at least three opposition members of the Oireachtas Business Committee suggested that deputies should pay for their tests. However, this was rejected by the committee.

Sinn Féin tweeted on Thursday afternoon that opposition to the proposal had forced the Government to do a u-turn.

Government forced to do u-turn on FREE antigen tests for politicians. We now need to force a u-turn on the Pandemic Unemployment Payment (PUP) #fairness #Time4Change pic.twitter.com/YgsFYyuPVl

Reports that TDs and Senators were to be offered free antigen tests provoked an immediate and intense public backlash after Minister for Health Stephen Donnelly stated on Wednesday that the Government would not be providing free antigen tests to the general public.

"The advice I have is they shouldn’t be free – they had them free in the UK, and the government came under huge criticism from parliament for that, because essentially there were no controls on how they were being used at all," Donnelly said on Wednesday.

Meanwhile, Minister for Education Norma Foley has confirmed that free antigen tests will be made available to primary school children before the end of the month.

Foley told RTÉ News that the campaign is being introduced to curb the spread of infection among unvaccinated schoolchildren.

"I am pleased to confirm that the HSE, in collaboration with the Department of Education, have informed me that antigen tests will now be made available to children in a primary school pod if a child in the pod tests positive for Covid," Foley told RTÉ News.