Giant rats "the size of cats” are chewing through electrical wires and causing lightbulbs to explode in Downpatrick, Co. Dawn. 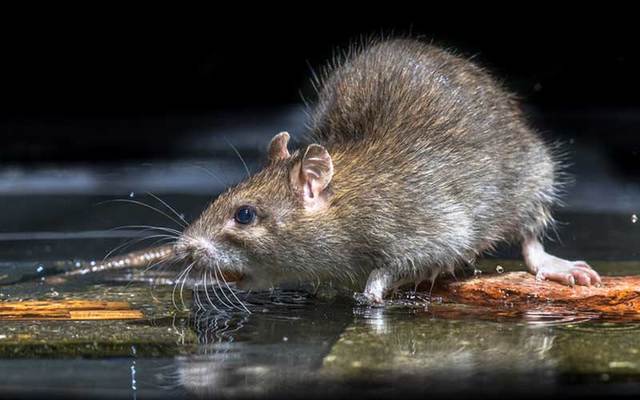 An infestation of large rats is causing problems for residents in Downpatrick, Co. Dawn. iStock/Getty Images

Giant rats "the size of cats” are chewing through electrical wires and causing lightbulbs to explode in Downpatrick, Co. Dawn.

Large rats are causing power outages and other problems for many local residents.

"They are coming in from below and climbing up the wall cavity; you can hear them running above the ceiling like racehorses every night," said Clanmil Housing Association occupant Lillian Swaffield, a mother of four.

According to Swaffield, the residents' association chairwoman, the problems started after the houses in Church View were redeveloped from three-storey to two-storey properties.

"They just put a wall around the rubble and built our homes on top of it," Swaffield told the Belfast Telegraph.

A view of Downpatrick, Co. Down. Credit: Wikipedia

She said "hundreds of droppings poured down like gravel" when an electrician opened her roofspace hatch to repair wires.

"My electric meter box burst into flames three years ago and on Saturday night I managed to unplug the tumble dryer before it went up in smoke," she said.

"If these incidents happened at night, I would be stone cold dead today."

Martha Young, a 65-year-old woman who is recovering from a stroke, said, "I put my hand in the dog food bag to get the scoop once and nearly died on the spot.

"There was a massive live rat in it," she said.

"I pull the bed sheets back before I get in now."

Jimmy Dodd, a 50-year-old man from Galway currently visiting his sister, said on a previous visit he once caught 16 large rats after laying traps. He said the rodents were “breeding and multiplying” at a rapid pace.

Councillor Billy Walker has called for Clanmil  to address the matter immediately.

The housing association told the Belfast Telegraph that a pest control treatment program has been put in place.