Dublin man charged with murdering his dad on Father's Day

A 30-year-old man has appeared in court for the murder of his father at the family home in Firhouse, a Dublin suburb. 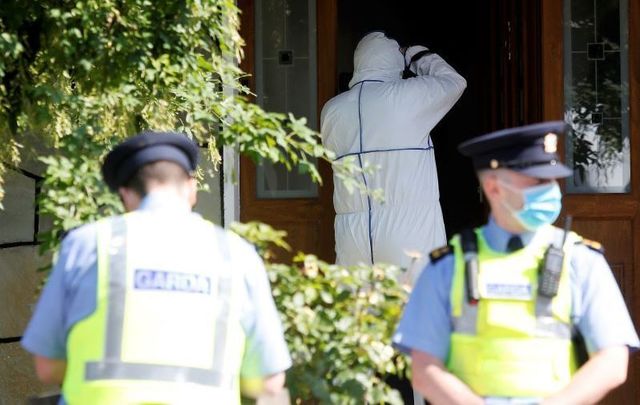 June 21, 2021: Garda wearing face masks as Technical Bureau (Forensic Teams) arrive outside a house in Carriglea View, a housing estate in Firhouse in Dublin where a man was fatally stabbed on June 20. RollingNews.ie

Gareth Sheeran is accused of murdering his father Harry Sheeran (65) at their home at Carriglea View, in Firhouse, Dublin on Sunday night, June 20. The father of two had been stabbed to death.

Gardai confirmed on Tuesday morning that the suspect, a male in his 30s, that had been arrested in relation to the fatal assault of a man in his 60s in Dublin on Sunday night has been charged.

The suspect appeared at Tallaght District Court in Dublin on Tuesday.

RTE reports that Judge Patricia McNamara agreed to a request by Sheeran's solicitor, Andrew Vallely, that the accused receive all appropriate medical treatment in custody

Judge McNamara asked the solicitor if there was anything the prison governor needed to know with regards to Sheeran or any relevant medication. Vallely said it was a "work in progress" and that he would liaise with the prison.

The accused wore a black t-shirt and dark grey trousers during the hearing. He remained silent throughout the hearing.

Sheeran is now remanded in custody and he will appear again, via video link, at Cloverhill District Court next Tuesday, June 29.

Harry Sheeran was attacked and stabbed in his home; his body was found just before midnight on June 20, Father's Day. The self-employed carpenter was pronounced dead at the scene.

His son Gareth Sheeran was arrested at the scene and later questioned at Tallaght Garda Station. The son made no reply when the murder charge was put to him, Detective Garda Larkin told the court, the Irish Times reported.

Legal aid has been granted to Gareth Sheeran who was not working and was receiving social welfare.

Harry Sheeran was a separated father of two and ran his own carpentry business. He lived in the Carriglea home for many years and rented out rooms to unrelated lodgers.

Gardaí have spoken to the other people who live in the house and say that they are cooperating with the investigation. However, they are also appealing for any witnesses to come forward.