Two Irish men arrested. Family unsure how he came to the attention of the authorities. 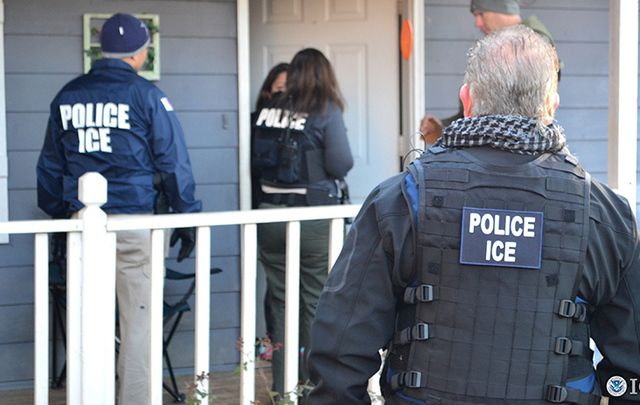 Two Irish men arrested at Quincy, Boston home. Family unsure how he came to the attention of the authorities. ICE

An undocumented Irish immigrant from a Gaeltacht (Gaelic speaking) parish in Connemara is to be deported from America.

It’s understood that US Immigration and Customs Enforcement (ICE) turned up at the man’s home in the Quincy area of Boston during an afternoon last week. He and another Irishman, from Fermanagh, were taken into custody by ICE, but the second man was released pending the outcome of a visa extension which he had already applied for when arrested.

However, the first man remains imprisoned in Suffolk County House of Correction. He was already due in court to face charges of drunk driving and related charges.

A source told the Irish Independent that the family back in Galway is hugely upset at what has happened.

"His family in Connemara are obviously quite distraught. It's not clear as to how ICE obtained their information, but this individual's court listings had been published."

His attorney said his client could well face weeks in detention but that every effort was being made to speed up the process.

Boston is one of a number of Sanctuary Cities that have resisted moves by the Federal Government to crack down on illegal immigrants in the United States. On Monday the agency listed the city as uncooperative on its website.

Mayor Marty Walsh, himself the son of a Connemara immigrant, said in the wake of President Trump’s inauguration “resist we must” and declared City Hall a “safe space” for illegals.

“Boston was here for me and my family. And for as long as I am mayor, I will never turn my back on those who are seeking a better life,” he told the media . “We will continue to foster trusting relationships between law enforcement and the immigrant community. And we will not waste vital police resources on misguided federal actions.”

One of President Trump’s first executive orders upon taking office was to remove federal funding from sanctuary cities. Trump had made a crackdown on immigration a key plank of his election campaign.