Shane McInerney repeatedly refused to wear a mask before allegedly throwing a beverage can and hitting another passenger on the head. He also allegedly pulled down his pants and exposed his buttocks to flight attendants. 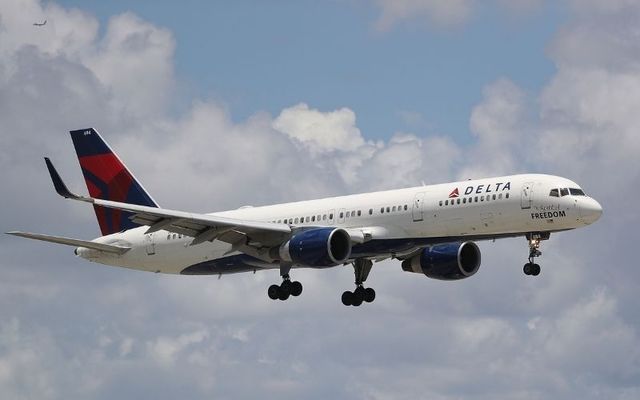 The incident took place on a Delta Airlines flight between Dublin and New York on January 7. Getty

A Galway man who refused to wear a mask on a New York-bound flight from Dublin before throwing a can at another passenger faces up to 20 years in prison if convicted of assault, according to the US Justice Department.

Shane McInerney, 29, allegedly refused to wear a face mask on a Delta Airlines flight between Dublin and New York on January 7, despite being asked several times to do so by the flight crew.

McInerney then allegedly threw a beverage can, hitting another passenger on the head, according to a criminal complaint unsealed on Friday.

Court documents also state that McInerney had an exchange with the flight's captain while he was on a break.

McInerney is further accused of pulling his pants down and exposing his buttocks to a flight attendant during the flight.

A spokesperson for the US District Attorney's office said that McInerney is facing a felony charge of intentionally assaulting and intimidating a member of a flight crew and faces up to 20 years in prison if convicted.

He had his initial appearance in Brooklyn Federal Court on January 14 and has been released on a $20,000 bond.

He remains in the US as a condition of his bond.

The Daily Mail reports that McInerney was flying to the US to take up a job as a soccer coach in Daytona, Florida.

His attorney Benjamin Zev Yaster declined to comment on the allegations against his client.