Galway bar slammed for Holy Water cocktail with side of Communion

Galway bar's new cocktail is branded "blasphemous" and "deeply upsetting" while the manager calls it a "bit of craic". 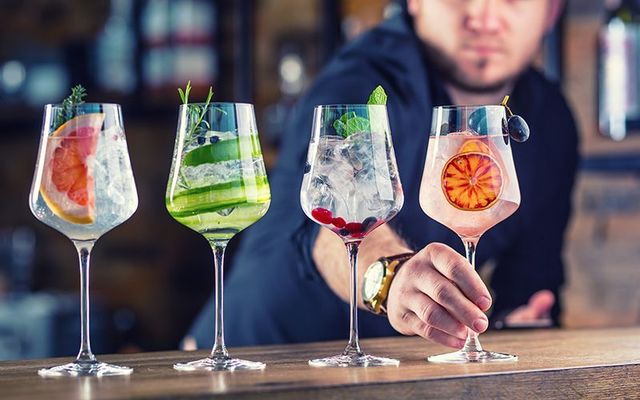 Rúibin's Bar and Restaurant in Galway felt the wrath of the internet this week when they posted their autumnal cocktail menu online included on called "Rúibin Holy Water". Social media went wild with one commenter posting "they wouldn't do it to Muslims".

The cocktail, Rúibin Holy Water, is a mix of Hennessy, spiced rum, grapefruit, lime, Peychaud's bitters, plum clarified with milk. The drink is served with “communion on the side” attached to the outside of the glass with a clothes peg.

One user wrote, “This is a disgrace. For Catholics, the Eucharist is sacred. Your mockery is deeply upsetting”.

Another said, “Have you a Muslim cocktail version or is it just Christians you are out to insult??”

Meanwhile, other social media commentators have come to the defense of the Galway bar and restaurant.

"If a very very small number of people are getting upset about a little gimmick every now and then, they need to find some new hobbies," wrote one supporter.

Another wrote"In fairness to Rúibín Bar & Restaurant, I'm 100% sure their Holy Water Cocktail with Communion on the side is much tastier than the actual Altar Wine they serve up on stage in your local Catholic Church.

"I should know; I've tasted it in my local Sacristy."

The manager of Rúibín's told Galway Beo, a local website, that the naming of the cocktail was just "a bit of craic".

What do you think? Is this offensive or should it be taken as the bar intended, "a bit of craic"?