The former British soldier behind the shocking Roscommon eviction

The 49-year-old debt collector based in Co Antrim allegedly contacted former colleagues last month urging them to make the journey to Ireland for a “name your price” job. 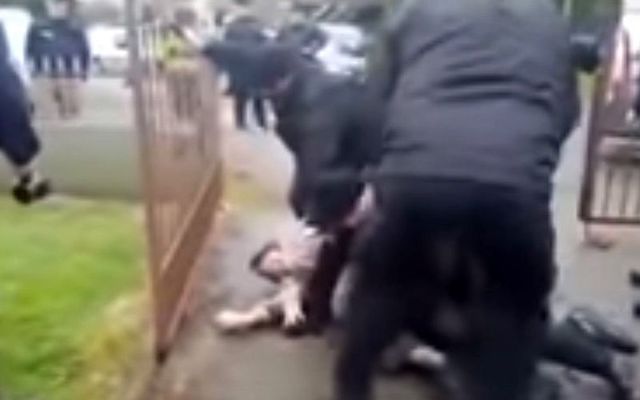 The owner of the security company tasked with the eviction of three elderly siblings in Roscommon last Tuesday, December 11, has been named by the Irish Mirror as 49-year-old debt collector Ian Gordon.

The former British soldier who is based outside of Lisburn in Co. Antrim has served with the Royal Irish Regiment and the Ulster Defence Regiment and now subsidizes his military pension with his role at the helm of his firm GS Agencies.

The security firm was last week subcontracted by a finance company to oversee the eviction of the McCann family from their farm in Falsk, Strokestown, videos of which incited outrage across rural Ireland for the heavy-handed manner in which it appeared to be carried out.

In retaliation, on Sunday morning a group of over 20 men attacked the security personnel stationed around the house, injuring eight - three of whom were hospitalized. A dog was also injured so severely it had to be put down and vehicles were set alight.

“Gordon phoned me a month ago after I hadn’t spoken to him in well over a year,” a former colleague told the Irish Mirror.

“He told me about the job in Roscommon and basically asked me to name my price. I told him where to go.

“On a Dublin job some years ago we got big money but it wasn’t worth it.

“He tried to employ legitimate security experts and ex-soldiers who knew what they were at.

“But he messed us up, refused to pay us properly and then came back sniveling for us to work for him again, despite still owing us money.

“When he did pay us, it was cash-in-hand. The riskier the job, the higher he offered but we were never told of the risks. I was offered £250 a day.

“But none of us is up for it now. He seems to get all the last-minute jobs or those no one else wants to touch.

“He’s a joke in the security industry and he’s scraping the barrel with some of the people he’s relying on.

“You can see clearly from the way they conducted themselves that they went in hard and heavy, threatening and forceful.

“They had absolutely no sense and look what happened. It was chaos and dangerous.

“If we had been involved, if my former colleagues had done that job it would have been done efficiently and with compassion for those involved.

“I just hope no one who legitimately wants to get into the security industry has got tied up with him.

“If they had, their reputation will be in tatters.

“Gordon thinks he’s Rambo, he thinks because he wore a uniform in Northern Ireland, that he’s untouchable.

“He seems to gets the jobs no other security firm wants so he’s subcontracted and he then subcontracts further to get people to do the dirty work.

“When good security staff won’t take the job, where do you go then?”

Raid on the farm by an unknown group on Sunday morning.

Two of the three McGann siblings have now returned home and they have issued a statement distancing themselves from the violence of the weekend while criticizing Taoiseach (prime minister) Leo Varadkar for his comments during the national debate that ensued.

“The forced eviction from our home has left our family shocked by unforeseen events that were thrust upon us. Our ordeal has been further compounded by the inaccurate and ill-informed media coverage of our eviction, and the subsequent events that have occurred,” the family said in a statement issued through the office of Sinn Féin MEP Matt Carthy, who is a friend and former neighbor of the family.

Today I spoke with members of the McGann family in Strokestown who were subjected to a forced eviction last week. Subsequently the McGann's, who are family friends, requested that I release the following statement on their behalf: pic.twitter.com/hfdsgTxmAl

"We wish to make clear we condemn all forms of violence and want to see the rule of law upheld but we have also been deeply upset by the use of inflammatory language that has characterized much of the media reportage.

“We believe our plight has been exploited by some wishing to further their own narrow agendas and we were particularly disappointed at comments made today by An Taoiseach Leo Varadkar during Leaders’ Questions in the Dáil. His remarks, we believe, are a deliberate attempt to deflect attention from some of the very serious issues relating to our eviction.”

ROSCOMMON EVICTION: Angry scenes in Dáil after @campaignforleo says "When it comes Sinn Féin & the rule of law & public order & condemning violence it doesn't take long for your balaclava to slip" to @PearseDoherty in LQs pic.twitter.com/sgoXHQNJTb

The statement concluded in saying that their case is with two firms of solicitors who are now acting on their behalf and that matters relating to their eviction will be heard before the courts in due course.