If ever you wanted to inflame the passions of ordinary people in the West of Ireland, the sight of hired security men evicting elderly people from their own home in a small rural community is pretty much guaranteed to do so. 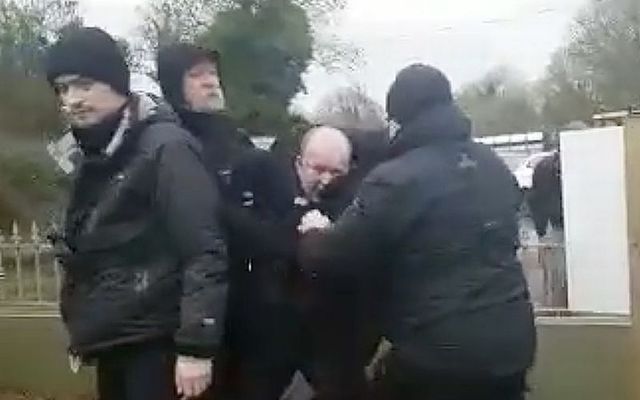 Footage of three elderly siblings being evicted from their family home in Falsk, Roscommon, has shocked and appalled the Irish public. YouTube still

If ever you wanted to inflame the passions of ordinary people in the West of Ireland, the sight of hired security men evicting elderly people from their own home in a small rural community is pretty much guaranteed to do so.

If the men in black who carry out the operation identify themselves as British, not Irish, when confronted by angry locals, memories of terrible times come flooding back to people who have not forgotten their roots.

Tensions are bound to rise.

In the rural west, people remember their folk histories. Stories of evictions, of confrontations with the British authorities, of heartless middlemen, and the atrocities of the Black ‘n’Tans are passed on from one generation to another in rural towns and villages.

After all, Connacht is the part of Ireland which suffered most in the Great Famine and saw proportionately more people being forced into emigration. Long after Oliver Cromwell proclaimed “To Hell or to Connacht,” it was the region with the poorest farms and the smallest holdings.

A century and a half on from the famine, people believe that evictions should be a last resort.

The judgment of a Belgian bank KBC which hired men from Northern Ireland to evict two elderly brothers and their sister has to be called into question, even if it does not justify the retaliatory actions of a group of vigilantes five days later.

Video footage from Strokestown, Co Roscommon, of members of the security team from north of the border pinning an old man to the ground went viral at the weekend.

Warning - there is some strong language in this clip:

The images prompted many people to question the morality of a bank which would treat ordinary people in such a way just two weeks before Christmas.

On Monday afternoon, the family who was evicted was allowed to return to their Co Roscommon home, still wearing the same clothes they had on during the violent repossession in which a retired former Garda was injured on Tuesday.

The former Garda tried to help the family when they were confronted by the men in black, only to be pinned to the ground. Meanwhile, serving Gardai stood outside the gate as the private security personnel from Northern Ireland put another man in a hold and pushed him off the property.

The video footage which circulated widely on social media brought back folk memories of a distressing period in Irish history when absentee landlords in Britain used “middlemen” to evict Irish families for rent arrears throughout the Great Famine.

Clearly, KBC Bank has little or no memory of Irish history – or could not care less – if they decided to bring in hired security personnel to banish elderly people from their home just before the Christmas holiday season. 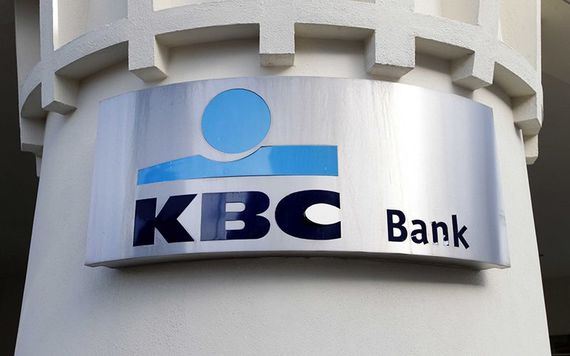 In many minds, the 20 to 30 men in black who confronted the elderly people near Strokestown last Tuesday were no different to the “middlemen” who carried out the 19th-century evictions on behalf of British landlords.

Those landlords had little or no interest in their West of Ireland properties, apart from the money they could make from them, just as today’s banks do not seem to care much about a family’s history on a property after they fall into arrears.

Of course, there were no camera phones or social media when thousands of West of Ireland people were being banished from their homes by the “middlemen” in the 19th century.

Images of Northern Irish security men confronting old people, while Gardaí looked on from outside the property, went viral over the weekend; and have caused outrage among ordinary people.

At one point in the video, one of the security men tried to stop a protester from filming with his camera phone.

“Take that away,” says the man with the Northern Irish accent.

“You should be f---ing ashamed of yourself – a fellow Irish man,” says the protester. “You’re a f---ing disgrace.”

“I am not an Irishman. I am British,” replies the hired security man.

“Oh, yeah, British bastard,” came the reply from the protester. “You were ran once before and you will be ran again!”

One man in his 60s objected to the eviction and asked what legal authority the security men had to be on the Co Roscommon property. He had some broken teeth and was bleeding badly, even though he had not turned violent at any stage.

The eviction took place on Tuesday. An Independent TD (Member of Parliament) for the area, Michael Fitzmaurice, accused members of the Gardaí of “aiding and abetting” the eviction in the Dáil the following day.

On Monday, Deputy Fitzmaurice rejected claims that he had incited violence with his comments about the eviction.

“Violence solves nothing,” he told RTÉ Radio One. “We have to sit down and work with people, including the banks.”

Just over 24 hours earlier, in the early hours of Sunday morning, the farmhouse at the center of the dispute was set ablaze when up to 50 activists armed with baseball bats stormed the property in a pre-dawn raid.

The aftermath of the Sunday pre-dawn raid by the public on a heavily guarded repossessed Falsk home.

Eight security staff who had been occupying the house were injured and a guard dog was fatally wounded in an attack which was condemned by the Taoiseach, Leo Varadkar.

The 5.30am raid was thought to be in retaliation for the eviction on Tuesday and, apart from the killing of the dog, many people have been heard to praise the actions of the raiders.

In what was clearly a planned operation, some of them wielded baseball bats and wore high-visibility jackets. They used a chainsaw to cut down the front door of the disputed home and set four vehicles ablaze in the yard outside.

Three of the security men were taken to hospitals in Sligo and Mullingar for treatment, while the dog was put down as a result of the injuries. The former Garda who was assaulted on Tuesday also required hospital treatment last week.

Gardaí launched an investigation into criminal damage and assault at the property, amid concerns that the raid was carried out by vigilantes or dissident republicans. The house was sealed off as a crime scene.

The Taoiseach said it was a "highly organised, highly violent vigilante attack" and condemned those responsible.

There have been no suggestions that the evicted family had anything to do with the pre-dawn attack.

A local woman, Anna Kavanagh, who has provided regular updates about the case on Facebook, posted a video on Monday afternoon to confirm that the family had returned to the home six days after it was seized from them.

It has also been reported that one of the brothers at the center of the case has unpaid debts going back over a number of years.

The issue has once again put the spotlight on the issue of property arrears in Ireland. Many people who have fallen into arrears since the property market collapsed a decade ago are receiving notice-to-quit letters from banks who are refusing to negotiate with them.

Deputy Fitzmaurice said it was not right that two of the three people living in the Co Roscommon house were thrown out two weeks before Christmas, even though they had “no involvement with the banks” and had lived all their lives in the house.

A spokesman for KBC Bank declined to comment on the Roscommon case when contacted by the media on Monday afternoon.

But the emotional scenes during the eviction have hardly boosted the image of the banking industry amid a widespread perception that ordinary people are treated far differently to senior bankers when it comes to financial difficulties.

* Ciaran Tierney won the Irish Current Affairs and Politics Blog of the Year 2018 award in Dublin recently. Find him on Facebook or Twitter here. Visit his website here -CiaranTierney.com.