Swarm of flying ants above Ireland captured on radar

The UK Met Office has shared imagery of the radar that shows swarms of flying ants above Ireland and the UK. 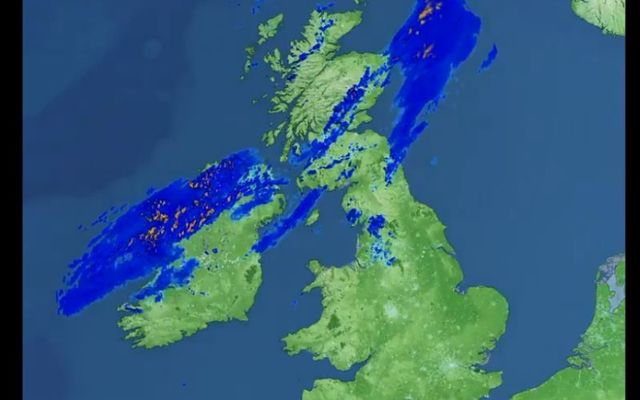 A large swarm of flying ants is expected to make its way across Ireland in the coming weeks.

The flying insects take to the skies at this time every year in a phenomenon known as "Flying Ant Day" and the UK Met Office has posted radar images of the ants moving over Ireland and the UK.

"It's not raining in London, Kent or Sussex, but our radar says otherwise," the UK Met Office said on Twitter.

"The radar is actually picking up a swarm of #flyingants across the southeast."

Flying Ant Day actually takes place over the course of a few weeks in spite of its name, and the Met Office said that ants usually take to the skies on warm, humid, and windless days.

It's not raining in London, Kent or Sussex, but our radar says otherwise...📡

During the summer ants can take to the skies in a mass emergence usually on warm, humid and windless days #flyingantday pic.twitter.com/aMF6RxR943

Ants set out from their colonies to find new mates as part of Flying Ant Day. Female ants lose their wings and lay eggs shortly after mating, while male ants die.

A single ant colony typically consists of 5,000 ants and could grow as large as 15,000. The most common ant in Ireland is the black garden ant.

Most ants will nest on the sunny side of houses while ants are attracted to sweet foods.

The flying ant season is expected to last until the end of August but could last longer if humid conditions continue.