In a 2-1 vote, the Court of Appeal in Belfast ruled that interrogation techniques used against the “hooded men” during internment would be torture if used today. 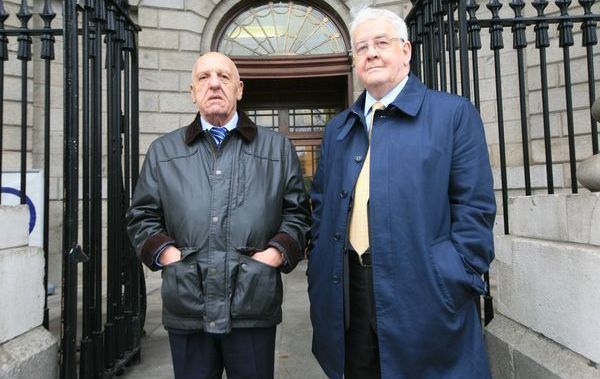 In a 2-1 vote, the Court of Appeal in Belfast ruled that interrogation techniques used against the “hooded men” during internment would be torture if used today.

Speaking for the majority, Lord Chief Justice Declan Morgan said: “the treatment to which [petitioners] were subject would if it occurred today properly be characterized as torture.”

Why is this ruling important beyond the particular legal interests of the parties involved? First, the court read the European Convention of Human Rights as “a living instrument,” and closed a loophole that governments exploited to justify torture by their agents as lawful. Second, the court’s willingness to classify the interrogation methods used in this case as torture shored-up the rule of law.

This abuse started in August 1971, when Stormont Prime Minister Brian Faulkner authorized extrajudicial deprivation of liberty. Thousands of nationalists were arrested under the Special Powers Act and detained without trial. Fourteen detainees, known as the hooded men, were then taken to a military base in Co. Derry and subjected to “five techniques” of interrogation: hooding at all times except during questioning; wall-standing in stress positions and beatings when they fell; denial of food and water; sleep deprivation; and exposure to continuous noise.

The impact of the hooding was intensified for some of the men by throwing them from helicopters while close to the ground after being told they were hundreds of feet above the ground. The British military gave members of the Royal Ulster Constabulary police force specialized training on how to use these methods of interrogation.

The Irish government challenged the British government’s use of the five techniques before the European Court of Human Rights (ECHR). In a landmark 1978 decision known as the Irish State Case, the ECHR found the techniques were inhuman and degrading treatment in violation of Article 3 of the European Human Rights Convention but were “not torture.”

The controversial no-torture conclusion became significant a generation later when the U.S. Department of Justice relied on the Irish State Case to justify waterboarding during the global war on terror. After the Abu Ghraib prison scandal, the Bush administration stopped waterboarding detainees held at Guantanamo Bay, and Congress foreclosed re-institution of the waterboarding program in the U.S. by enacting the anti-torture statute three years ago.

In 2013, the Pat Finucane Center uncovered documents that showed the British government made a political decision to approve use of the five techniques during internment in Northern Ireland, knowing the interrogation methods constituted torture. The documents were withheld from the ECHR. Other documents related to the “substantial, severe and long-lasting” effects of the techniques - such as long term psychiatric harm - were also withheld. Before the court, the government claimed the effects were “minor and short term,” knowing this was not true.

The new documents became the crux of another ECHR decision in the Irish State Case II. In 2018, the ECHR held the evidence was insufficient to cause it to modify its decision four decades earlier. In a strongly worded dissent, the Irish judge found the British government’s obstructive tactics in the original case and the revelation in the undisclosed documents of “the long-term serious mental effects of the five techniques” would have had a decisive influence on the 1978 ruling that the techniques used were not torture.

Had the court reopened the case, the hooded men would have presented evidence of the magnitude of the impact the interrogation methods had on them. None were the same afterward and none got over the experience. In describing how he was affected, Francis McGuigan said, “[w]hat they had done to my brain and my body - I finished up that I couldn’t spell my own name.”

The men suffer from ongoing hallucinations, post-traumatic stress, mental illness and/or medical problems. Some died prematurely. Only nine of the 14 hooded men are alive.

The ruling in the Irish State Case II means there will not be an inquiry into the harm caused by the torture. The ECHR missed an opportunity to clarify its 1978 ruling and put an end to attempts to justify torture as lawful. The Court of Appeal, however, directed Northern Ireland’s Chief Constable to fulfill his 2014 commitment to investigate those responsible for the inhuman and criminal treatment, including British government ministers, and hold them accountable.

The men and their families, through attorneys at Amnesty International and the Committee for the Administration of Justice, are resolved to pursue the matter as a Troubles-legacy case. For McGuigan, “it was torture then, it is torture today and it will always be torture and it has to be stopped throughout the world.”

By continuing to press this point, the hooded men do a service to humanity.