Gardaí are being criticized for wearing balaclavas as they forcefully removed activists from a vacant property on North Frederick Street in Dublin’s North inner city. 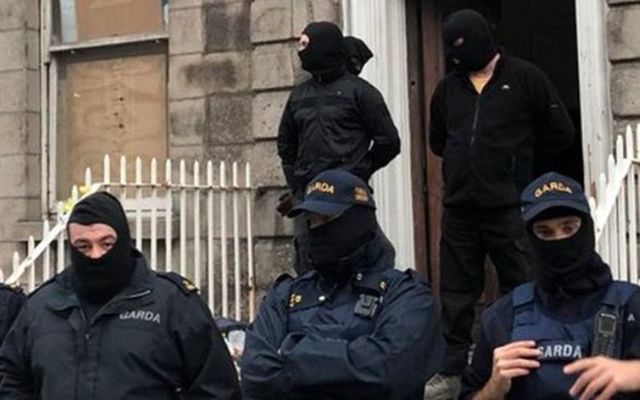 Two people are set to appear in court next month after clashes in Dublin between police and protestors.

Gardaí (Irish police) are being criticized for the manner in which they removed housing activists occupying a vacant Dublin property on Tuesday evening. Five people were arrested as the group of activists were forcibly removed from the building on North Frederick Street in Dublin’s north inner city.

Take Back the City, which has been holding a number of sit-ins in various empty properties to highlight the Irish homelessness crisis, had been served with an eviction notice to leave the building by August 28 but had defied the court order and remained.

“This is only the start, not the end” 2 now released from Store Street after being arrested during violent eviction by masked thugs at N Frederick St. #TakeBacktheCity pic.twitter.com/dOkM1qgx48

On Tuesday night, Gardaí removed the activists as protesters gathered outside. Wearing balaclavas, the police have been criticized for covering their faces and for the force they used against the group.

This is a serious own goal for the state and I hope it’s all over the papers tomorrow. It visually echoes everything from the Ra to the Regency hotel shooting, to old lithographs of bailiffs evicting people during the penal laws. Fuck landlords pic.twitter.com/Em2zslekew

"One person suffered concussion having been kicked in the head, another suffered shoulder injuries after being pushed down the stairs while another had cuts on their arm and was bleeding," a member of the group said.

Read more: This is how much the average house in Ireland costs

The Gardaí have stated that they were only there to keep the peace, however.

"The eviction itself was peaceful. However, a large crowd gathered on the street and five people (one woman and four men) were subsequently arrested for public order offenses and assaults on Garda members," said the Garda Press Office.