Fishermen who saved two women off Galway save another stranded swimmer

Patrick and Morgan Oliver achieved hero status in August when they came to the rescue of Ellen Glynn and Sara Feeney, two cousins who spent 15 hours at sea after they became stranded off the coast of Galway. 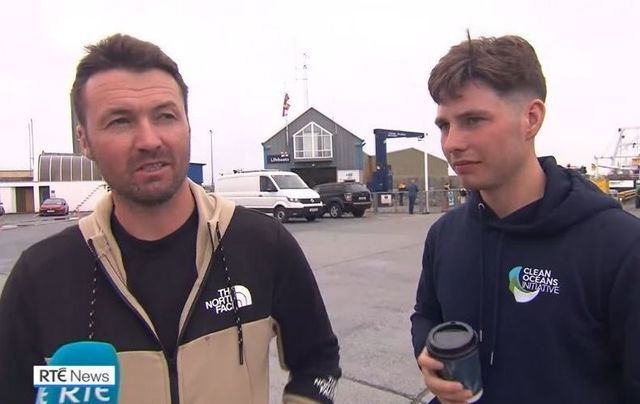 Patrick Oliver and his son Morgan after they rescued two women in August. Rolling News

The Irish fishermen who saved stranded paddleboarders earlier this year have pulled off yet another heroic rescue after they saved a swimmer who got into difficulty off County Galway.

Patrick Oliver and his son Morgan were fishing off Salthill in Galway Bay on Saturday morning when they spotted a swimmer taking refuge on Palmer's Rock, about 200 meters from the shore.

They took the man on board and brought him to Galway docks, where he received treatment for symptoms of hypothermia at the Galway Royal National Lifeboat Institution (RNLI) Station. The man was later taken to hospital via ambulance.

The father and son achieved hero status in Ireland in August when they came to the rescue of Ellen Glynn and Sara Feeney, two cousins who spent 15 hours at sea after they became stranded off the coast of Galway. The two men were given a mayoral award for their part in the rescue.

They have since saved a swimmer who got into difficulty in the River Corrib.

Meanwhile, the RNLI said in a statement that Salthill was busy with swimmers and walkers on Saturday morning, and that a member of the public had raised the alarm about the stranded swimmer at about 10:30 a.m.

The RNLI''s Seán Óg Leydon said that many people had taken up sea swimming during the COVID-19 pandemic and that some people possibly didn't realize the danger of swimming at sea during winter.

"The sea is a great resource for us but we have to respect it and our limits. Luckily this swimmer made his way to a place he could rest and wait for assistance," he said.