Caroline Kennedy honors her father at new exhibit marking the centenary of JFK’s birth this coming May 29. 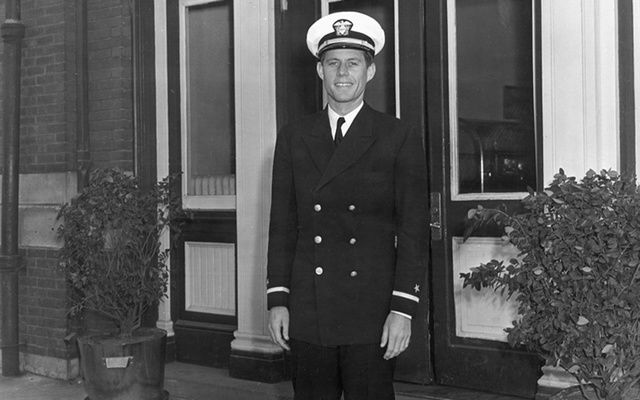 John F. Kennedy’s daughter Caroline Kennedy honored her father this week at the launch of the first major event to mark the centenary of his birth.

On Tuesday evening, Kennedy attended the Smithsonian’s American Art Museum in Washington D.C. where the exhibit “American Visionary: John F. Kennedy's Life and Times” will be on display until September 17 to mark 100 years this May 29 since JFK was born.

Featuring 77 photographs of the President throughout different stages of his life, the exhibit opened to the public on Wednesday, May 3, after a star-studded launch the previous evening.

The previous night, Caroline, 59, had attended the Met Gala in New York as co-chair of the event. The former US Ambassador to Japan has returned to live in New York following her three-year stint overseas.  Despite rumors of a memoir in the works, there is also a great deal of speculation that JFK’s only surviving child may wish to follow in her father’s political footsteps. The lawyer and diplomat is rumored to be considering a run for a New York House or Senate seat in the near future.

Read more: The Kennedys are making a major political comeback

We’re honored to have had Ambassador Caroline Kennedy join us to celebrate her father’s legacy https://t.co/Ru6aNhG8YA #JFK100 pic.twitter.com/UPyfQs10yu

If he was still alive, President John F. Kennedy would turn 100 at the end of this month.

President Kennedy was one of the most photographed of his era. The 77 images and artifacts featured show everything from his early years to his Presidency. There are shots of him playing with his kids, traveling in Europe as well as those that show him at moments of intense pressure.

Inspired by the book “JFK: A Vision for America” published earlier this year and featuring 600 images of Kennedy, the curators of the exhibit, including his nephew Stephen Kennedy Smith, describe the images as “iconic” in the way they “capture the dramatic scope of Kennedy's life.”

“John F. Kennedy is still seen as a symbol around the world, representing and espousing the best and most universal elements of the American character,” Smith said.

“It is our hope that the compelling images of President Kennedy's life and work on view in this exhibition will remind visitors not only of the values that defined his presidency, but also will introduce him to new audiences and future leaders.”

The exhibit will travel to New York later this year, appearing in the New York Historical Society from June 23. The photos will also appear in several US embassies around the world. Ireland is not yet one of those listed as anticipating the exhibit..

“The aptly named exhibition ‘American Visionary’ is a fitting tribute to the 35th President, who understood the importance of the arts in American society and the power of images to convey the spirit and aspirations of a country.”

Preview the images of JFK's life and career that will be on view @americanart as part of the #JFK100 celebration https://t.co/VzMCzctndI

“If you really want to look at the [first] 100 days, he didn’t have it that easy,” he added, referring to the recent coverage of current President Trump’s first 100 days and comparing it to Kennedy. The photographer also joked that he “had a pretty good crowd himself” when showing of photographs of JFK’s inauguration.

Schiller acquired his collection through eBay.

“Every single piece in there was bought on eBay,” he said.

“That is really the interesting thing, eBay gives you history. And the magazines are less expensive now than they were in the ’60s.”