FDNY Captain Michael Lyons, born in New York and raised in County Mayo, is remembered as a hero who loved both his Irish and American heritage. 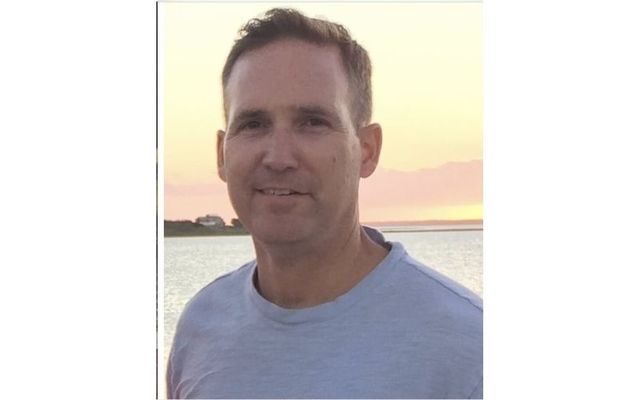 It's been more than 20 years since the horror of 9/11, but the after-effects continue to claim the lives of first responders.

Last week, on. March 29, FDNY Captain Michael J. Lyons, a New York native who was raised in Swinford, Co. Mayo, passed away after a nearly six-year battle with stage four cancer he contracted as a result of his heroism, which included saving the life of a man he pulled from the wreckage on 9/11.  Lyons, a father of two, was 53 years old.

Fondly remembered by family members, FDNY colleagues and friends as someone who never complained and was always available to lend a helping hand to those in need, Lyons was born in Brooklyn, one of four sons of Martin Lyons, from Co. Mayo, and Margaret Lyons from Co. Kilkenny.  The family made many trips to Ireland – Michael took his first steps at his grandmother’s home in Kilkenny when he was nine months old – and returned to Mayo for good in 1977 when he was nine.  It wasn’t long before the young New Yorker immersed himself in the Irish ways of life.

“I know his least favorite thing about the move was the fact that he had to study the Gaelic language which he found a bit tough, but Mike quickly adjusted from being a young city slicker to a country boy, helping out with various jobs that needed to be done around the house and the farm, and the bog too,” Lyons’ younger brother Martin told mourners during a funeral Mass on Monday morning at St. Elizabeth’s in Melville, Long Island.

Fishing was a particular favorite of Michael in the River Moy known for its Atlantic salmon and trout.  He was also a standout in sports, Martin said, everything from cycling, basketball, boxing and long distance running. 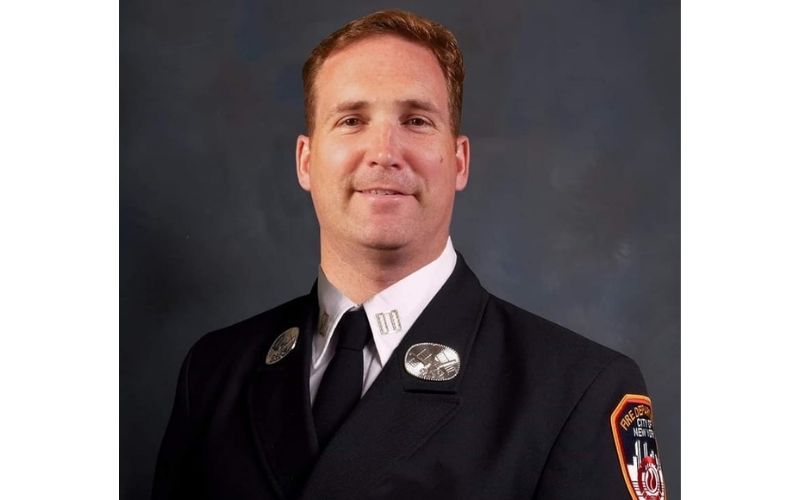 Michael earned a degree in history and English from National University of Ireland, Galway, and after graduation he taught in Ireland for a few years.  But New York was beckoning, and he eventually returned to his birthplace to join Local 608, the carpenter’s union his father was a member of, and eventually, the FDNY.

Michael’s calling from a young age, his brother recalled, was fighting fires and helping others.  He looked into becoming a firefighter in Galway or Dublin, but the FDNY proved too alluring.  He joined in November of 1998, “and he simply loved it,” Martin said.

“He made bonds forged through thick and thin situations, and based on today they clearly stood the test of time.  A few years back, when he was asked why he joined the FDNY, Mike said, ‘The opportunity to make a difference and serve the greater good.’”

He began his career with Engine 228 in Brooklyn and had several postings throughout the boroughs.  His last post was captain in Division 15 in Brooklyn, where he retired from in 2019 as his battle against 9/11 related cancer worsened.

On that fateful day, Lyons and his colleagues pulled the now 52-year-old Pasquale Buzzelli from the wreckage of the North Tower.  Lyons and the man whose life he saved stayed in touch up until his death.

“On September 11, 2001 I was trapped in the rubble after both towers were brought down. I prayed and called out for help and helped arrived. It arrived in the form of four of the bravest, dedicated, and selfless NYC FIREMEN, one of which was Mike Lyons. We have been friends ever since. From the moment we were reunited months later our friendship grew,” Buzzelli wrote on a tribute page for Lyons.

“I loved his soft-spoken demeanor, Irish brogue accent and caring and kind gentle soul. He never wanted any attention drawn to him, he didn’t want to trouble others with his troubles and illness yet he helped so many in return, again selflessly.”

Martin Lyons praised his brother for how he handled 9/11 and its aftermath.  “He was never one to brag or tell us what went on,” he said.

“He provided hope with many on their own cancer journeys.  It was never too much for him to reach out and speak to anybody.”

Michael made many trips home to Ireland in the years after he left for a variety of occasions, including his beloved Mayo senior GAA football team, still battling to win an All-Ireland title since 1951.

A resident of Dix Hills, Long Island, Michael is survived by his children Jillian and Aidan – “he loved nothing more than spending time with them both,” Martin said – his parents, three brothers, 10 nieces and nephews and a countless number of friends in Ireland and the ranks of the FDNY.

“In his own words, Mike had absolutely no regrets becoming a firefighter and making his life in the U.S.,” Martin said.

Ar dheis Dé go raibh a anam (May he rest in peace).