Sometimes you can find the most extraordinary things rummaging around for loose change to pay for parking. 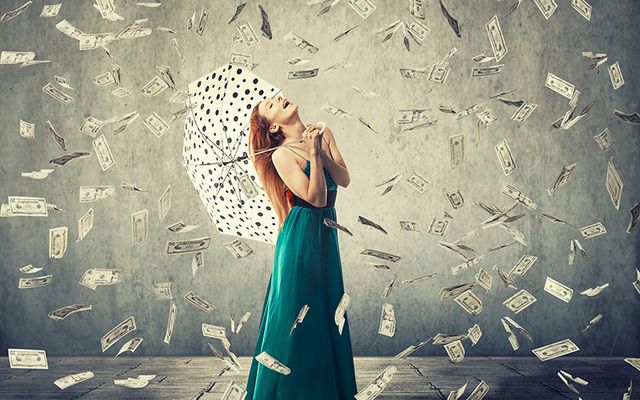 A lucky farming couple from the Irish midlands were startled to find a euromillions lottery ticket worth $560,000 in the garbage in their car.

The ticket was bought two months ago on April 18 but found when the wife was rummaging around for loose change to pay a parking meter.

“I was desperately looking for coins to fill the meter when I spotted four Lottery tickets stuffed with rubbish in the side pocket of the driver’s door,” she told the Irish Mirror.

"I thought I better bring them into the shop to get them scanned, just in case. I could not believe my luck when I was told to ring the National Lottery office that I had won a significant amount!"

The pair wish to remain anonymous but have since visited the National Lottery headquarters to pick up their check.

“We play EuroMillions and Lotto fairly regularly but we are terrible for forgetting about the tickets and not checking the numbers. We usually let them accumulate before getting them checked together.“It I wasn’t hunting for loose change in the car we might have forgotten about these tickets and it might have been too late to claim.”

The duo added they would likely spend some of the money paying off the mortgage and put a chunk aside for when their kids are old enough to head to college.

"We are farmers and it is a hard graft. Like so many people we have had a tough time financially in recent years so this is a great win and will take the pressure off."We weren’t going to take a holiday this year because of the cost, but we ended up booking a sun break in March as the weather was so bad. So it will be a special one for us. We will be able to splash out a bit!”

The couple’s lucky numbers were 3, 15, 25, 31 and 39 and the winning ticket was bought at Gandon Service Station in Emo, Co Laois

Whilst $560,000 may seem like a huge amount, by the standards of euromillions it’s relatively modest; earlier this year a ticket for $95 million was sold.