Kennys Bookshop & Art Gallery in Galway is the oldest online bookstore in the world. 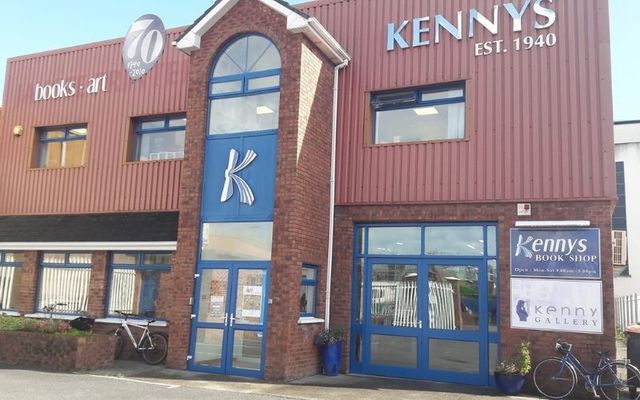 A famous Irish bookstore is getting ready to celebrate its 80th birthday this November.

Kennys Bookshop & Art Gallery opened in Galway in November 1940 and has been a stalwart in the city ever since.

Founded by Des and Maureen Kenny, the store has remained under the management of the Kenny family throughout its 80-year history, with five of their six children currently working in the store in addition to several grandchildren.

The independent bookstore has persevered through an era of multi-national retail giants and serves as a reminder of the importance of family-owned businesses.

Kennys has adapted well to the new age of e-commerce and shows no signs of slowing down.

Read more: These Irish books were named the best of 2019

In fact, the Irish bookstore recognized the shift towards e-commerce before any of its competitors. Because Kennys is both the oldest online bookstore in the world and the first Irish business to go online.

It has been selling books over the internet for a staggering 26 years and adapted seamlessly to online retailing.

The bookstore itself has also evolved over its 80-year history with several new additions, including an art gallery, a book bindery and a Libraries & Special Collections division.

The art gallery has been organizing exhibitions and showcasing original artwork since the 1950s, featuring the works of esteemed artists like Jack Yeats, Andy Warhol, Salvador Dalí, and Robert Ballagh among many others.

A number of famous Irish writers, including Seamus Heaney and Edna O'Brien have also visited Kennys over the course of its long and storied history.

The bookstore has additionally played a key role in promoting the work of Irish writers and authors. The store sends thousands of Irish books overseas every year, furnishing the Library of Congress, Harvard, Boston College and other esteemed institutions with important Irish literary works.

At a time when international giants like Amazon continue to swallow up independent bookstores, we need more places like Kennys.

Read more: How Maeve Binchy's books made me fall in love with Ireland