Family kicked out of Catholic Church by priest during funeral 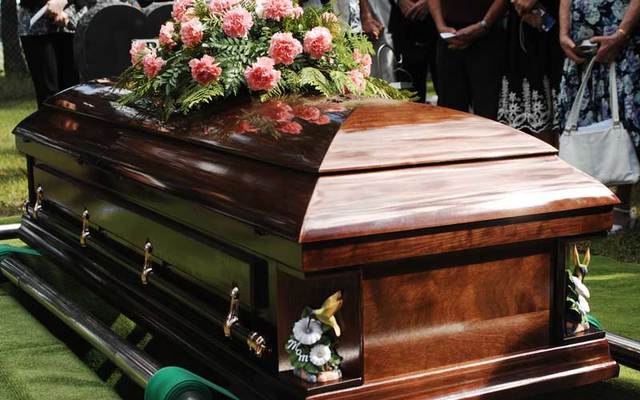 Mourners at a funeral gather around a casket. iStock

The Archdiocese of Washington has issued an apology to a family that was kicked out of a Maryland church by a Catholic priest during a funeral for a loved one.

The family says the chalice was knocked over when someone went in for a hug and accidentally bumped the cup near the altar, reports Fox 5.

The family said Briese then called the police, who determined the family was not in the wrong and escorted them to a funeral home.

In video capturing the confrontation, the  family can be seen carrying the casket out of the church. A different priest later completed the service at the funeral home, the Associated Press reports.

"This was uncalled for and it really hurt me. It really did. To see your loved one come there to rest and to be shut down like that," said Larry Hicks, the brother of Agnes Hicks.

In a letter to the editor in The Enterprise, Briese apologized. He wrote: "I lost my temper at a moment when anger was the most inappropriate response to those people entrusted to my care at that moment of ministry.”

Archdiocese spokeswoman Chieko Noguchi said Briese had been working with the family in the days before the funeral to defray the burial costs.

The Archdiocese of Washington has issued an apology to the family, saying, "What occurred at St. Mary’s Parish this morning does not reflect the Catholic Church’s fundamental calling to respect and uplift the God-given dignity of every person nor does that incident represent the pastoral approach the priests of the Archdiocese of Washington commit to undertake every day in their ministry."

The Maryland Independent reports that Briese has since been placed on administrative leave pending the outcome of an investigation.