Why are Irish priests the best singers too?

Fr Ray Kelly became a viral hit and wowed Simon Cowell on Britain’s Got Talent but what off the other Irish singing priests? 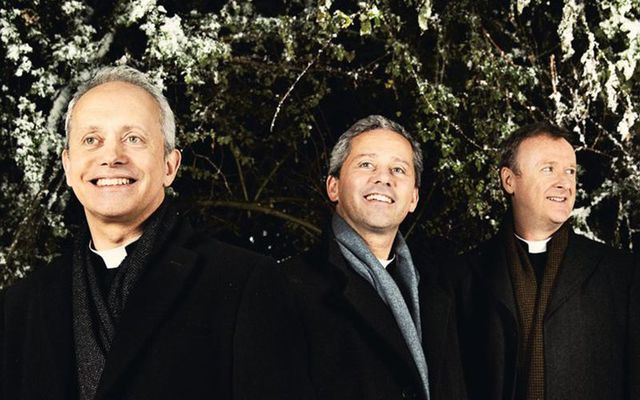 Does Ireland have a high percentage of singing priests? The Priests/Facebook

Priests in Ireland can be a talented bunch of singers.

You may know famous singing priest Ray Kelly who wowed Simon Cowell on Britain’s Got Talent and became a viral sensation when he performed Leonard Cohen’s “Hallelujah” while marrying a couple but Fr Kelly is far from the only Irish singing priest.

We’re not sure what it is about Irish men who don the cloth but plenty of them have a voice to boot.

Here are some of our favorite Irish singing priests:

Fr Ray Kelly is the famous Irish singing priest who became a viral sensation in 2014 when a recording of him singing Leonard Cohen's Hallelujah at a wedding received over 60 million views on Youtube.

Since then, he appeared on the 2018 edition of English show Britain’s Got Talent, reaching the semi-finals. The 64-year-old parish priest in Oldcastle, Co Meath, was even described by the show’s boss and famous tough guy Simon Cowell as one of his “favorite ever auditions” after Fr Kelly floored the judges with his rendition of REM’s “Everybody Hurts.”

Releasing their album “ALLELUIA” in the US in 2018, The Priests is a classical music trio made up of three Roman Catholic priests from Northern Ireland. Fr. Eugene, his brother Fr. Martin O'Hagan and Fr. David Delargy all met as a group for the first time in the 1970s when they were in school together in Co. Antrim.

The group signed a deal with SonyBMG in 2008 and recorded their debut album “The Priests” in Northern Ireland and Rome. They have been nominated three times in the Classical Brit Awards for “Classical Album of the Year.”

Discovered by EMI in 2006, Fr Liam Lawton is an award-winning multi-platinum singer-songwriter and Roman Catholic priest, who was influenced by Sean Lavery, the Director of Sacred Music, while completing his theological training at St Patrick's College, Maynooth.

His work has been highly recognized in the US and he has on a number of occasions been commissioned to write New Orchestral Suites exclusively for premiere in the world-famous Chicago Symphony Hall, with a full orchestra. His first piece was performed with narrator screen veteran Gregory Peck while actors Joan Cusack and John Malkovich have also narrated following suites.

Who is your favorite? Let us know in the comments section, below.