The family of an Irish woman receiving cancer treatment in New York City is appealing for donations. 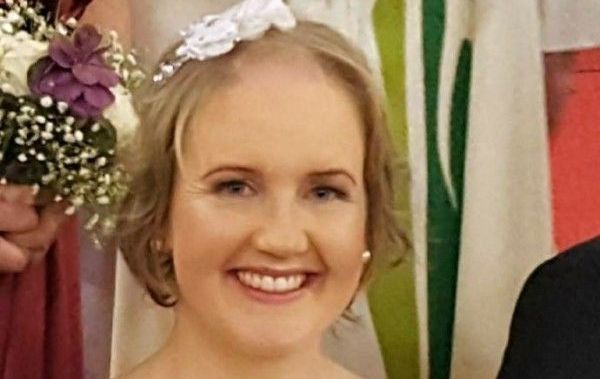 Irish newlywed had to travel to New York City from Ireland for her cancer treatment.

The family of an Irish woman receiving cancer treatment in New York City has turned to GoFundMe to help ease the staggering financial strain.

On the ‘Regina’s Fight for Life’ GoFundMe page, Regina’s family is appealing to the public to help fundraise $287,000 (€250,000) for Regina’s cancer treatment at New York City’s Memorial Sloan Kettering Center.

In 2018, Regina celebrated her wedding, only to learn soon after about her third cancer diagnosis. Her first year of marriage is now marked by Regina’s traveling to New York City’s Sloan Kettering Center for treatment.

“Unfortunately Regina’s cancer is rare and difficult to treat," says the GoFundMe site.

"Her only chance of a successful outcome was to seek treatment abroad, which is what brought her to Memorial Sloan Kettering Cancer Centre in New York. The world leaders in her cancer are based there and are currently engaged in research and developing new treatments.”

“Regina’s indomitable spirit and amazing zest for life mean she’s up for the fight again and we are asking you to join her army. The costs entailed in this fight are exorbitant and we, her family, would be most grateful for any contribution you can make to help us get our precious Regina well again.”

You can donate to Regina's cancer treatment on her GoFundMe, and follow her story on her Facebook page, Regina's Fight for Her Life.