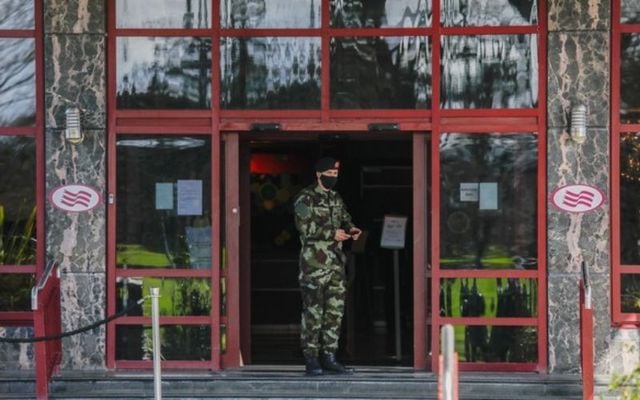 The European Union has urged the Irish Government to rethink its stance on mandatory hotel quarantine after five EU states were added to Ireland's "red list".

The European Commission has asked the Irish Government to explain why the EU states were added to the list of states from which passengers must complete hotel quarantine when they arrive in Ireland at a cost of €1,875 for 12 nights.

The Irish Government added Italy, Austria, Belgium, Luxembourg, and France to its red list on April 9, although they are not the countries with the highest COVID-19 incidence rates in the European Union.

Those countries - Sweden, Poland, and the Netherlands - were left off Ireland's red list.

"The Commission is looking into these measures as there are some concerns in relation to the general principles of EU law, in particular proportionality and non-discrimination," a European Commission spokesperson said in a statement.

"We are in contact with the Irish authorities and will ask them for clarifications on this matter and the criteria used to determine the designated countries."

The Commission said that quarantine measures had to comply with EU law when they affected freedom of movement for European citizens. The Commission urged the Irish Government to trial other methods of controlling the spread of the coronavirus.

"The Commission believes that the objective pursued by Ireland, which is the protection of public health during the pandemic, could be achieved by less restrictive measures.

"In line with the Council’s recommendation… clear and operational exemptions for essential travel should be ensured."

"We believe that these measures are excessive and do serious, severe harm to our co-nationals and in particular to our communities here in Ireland, and we cannot accept this," Serpi said in a message on YouTube.

"I also noted that our country Italy is undertaking a serious vaccination campaign and that in reality in Italy there exist at this moment the same variants that are hitting Ireland, there are not others."

However, Minister for Health Stephen Donnelly said that he will make "no apologies" to the European Commission or the Italian Ambassador.

"I make no apologies to the commissioner, to the Italian ambassador or to anybody else for putting in place the measures that we believe, and our public health experts believe, are the right measures to keep people in this country safe," Donnelly told RTÉ's Prime Time on Thursday night.

Roughly 900 people have undergone mandatory hotel quarantine since it was introduced just over three weeks ago. As of last Thursday, 18 occupants have tested positive for COVID-19, of which four are variants of concern.