The First Son visited his father’s Trump Doonbeg resort in Co. Clare for business meetings and a round of golf. 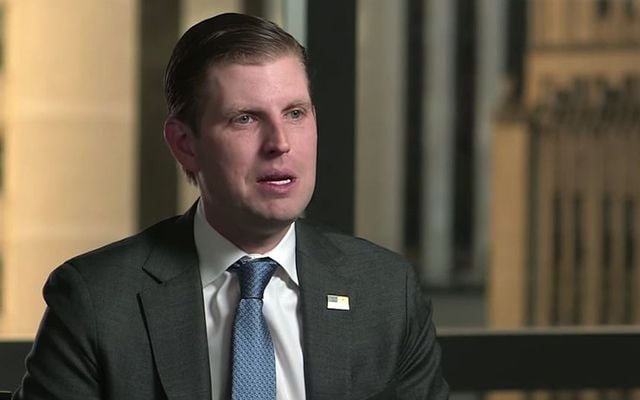 A trip by Eric Trump to Ireland earlier last week cost US taxpayers thousands of dollars.

Official documents show taxpayers shelled out $4,029.85 on limousines and a further $11,261 in hotel fees for the Secret Service. No details are given as to whether agents stayed in (and were billed to stay in) Trump’s hotel itself.

Great being with our team at @TrumpDoonbeg! I am so proud of the property and of all of you! #Ireland #TrumpHotels pic.twitter.com/SHYBBb4RLp

And as the figure don’t include meals or airfares for the Secret Service, the true cost is likely to be much higher.

During his two-day visit to the Doonbeg Hotel and golf course in Co. Clare Trump held a number of business meetings at the property, played a round of golf and took time out to speak to the media.

“My father loves this country, loves this hotel. He loves this place, loves everything this symbolizes. I would love him to see this and everything we have accomplished... If he is able to make it here, it would be great to have him,” he told an Irish Times journalist. “From a big picture standpoint, Ireland will have no better ally in the world than America, it has always been that way, but even more so.”

And when asked whether he’d like to expand his father’s business empire in Ireland, Trump was emphatic.

The 33-year-old’s life has been turned on its head by his father’s political career and his life is about to change even more drastically again soon.

“Sure, your father is commander-in-chief of the United States of America; it changes [your life]. I have secret service everywhere I go; it changes. Your movements are a little bit more calculated than they were.

“I have a son on the way [in September]. That’s my first. You have the biggest microscope on you but that’s fine. So yeah, it’s changed. At the same time, it has stayed very consistent and I get to focus on the projects I love, which very much include this one.”

Read More: Playing a round at Trump's golf course in Ireland

Trump’s two older sons have attracted criticism from left-wing commentators for their frequent international trips, which have thus far cost nearly $200,000. Congressman Elijah Cummings hit out at the pair, claiming taxpayers couldn’t afford to protect them.

“The Trump family’s frequent travel to international destinations purely to promote the Trump family business is burning through taxpayer dollars at an unprecedented rate and stretching the Secret Service increasingly thin,” he said.

But not everyone has been so critical; former Secret Service agent Jonathan Wackrow told Fox News late last year,  “You put a price tag on anything around the president, then you’re putting a price tag on his life and that is priceless.”