Loggerhead turtles have recently been found along the shores of Ireland and the UK. 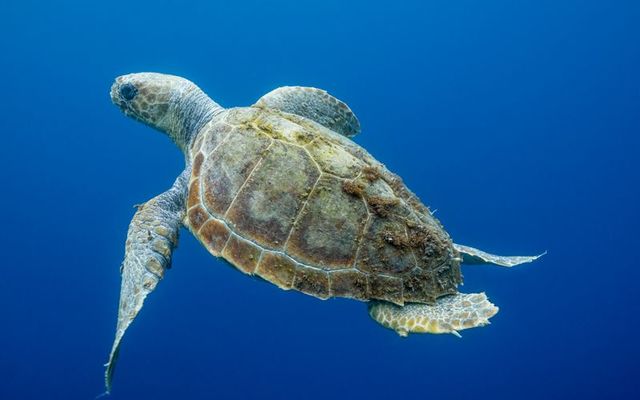 An endangered species of turtles has been washing up along the shores of Ireland and the UK.

A dead loggerhead turtle was recently discovered in Port Glais, Co Mayo by a member of the Irish Whale and Dolphin Group.

Earlier this month a live turtle was found on a beach in Anglesea, an island off the coast of Wales.

Loggerhead sea turtles, which are known for their large heads and powerful jaw muscles, normally nest along the US coast, although some may migrate to the Bahamas, Cuba, and Mexico.

However, the discovery of loggerhead turtles around Ireland is rare as the species is not able to tolerate the cold winter sea temperatures around Ireland and the UK, according to BreakingNews.ie.

Since 2003, loggerhead turtles have been discovered on Irish coasts only 13 times.

Turtles have washed up on Irish and UK coasts this week. This loggerhead came ashore at Port Glais, Mayo today. It was collected by Gemma O Connor of @IWDGnews but sadly was already dead. Please keep an eye out and report any live turtles to @dingleaquarium #ExploreYourShoreIRL pic.twitter.com/7cktzhXqCw

In November 2019, a loggerhead turtle was discovered on a beach in Roundstone, Co Galway, while another was found in Carna in December 2021.

Loggerhead turtles become very sluggish in extremely cold water. If the temperature drops to 10 degrees or below, particularly if it is a sudden temperature drop, the turtles can fall comatose with a condition known as "cold shock."

The only species of sea turtle that occurs regularly in Irish waters is the leatherback turtle, which can maintain a body temperature up to as much as 18 degrees above that of its surrounding waters, according to OrcaIreland.com.

The Irish Whale and Dolphin Group has asked members of the public to "keep an eye out and report any live turtles to Oceanworld Aquarium Dingle."