Irishwoman who wasn’t told she had cervical cancer settles case for $8.7 million

Emma Mhic Mhathúna, a mother of five children, was mistakenly told that her 2013 cervical check was clear. She has since been told that her cancer has returned and that it is terminal. 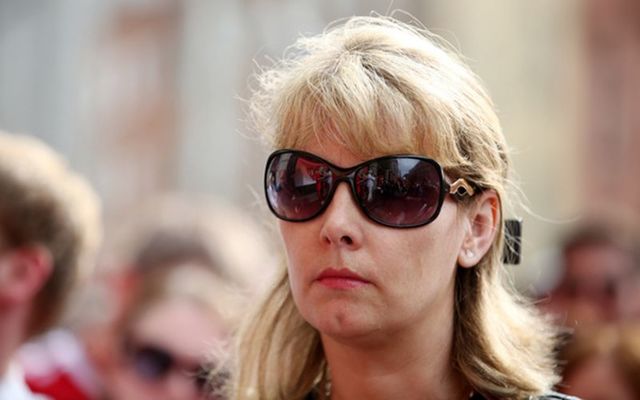 Emma Mhic Mhathúna, one of the women at the center of the Irish cervical check scandal, has settled her case with the Irish health executive and a US laboratory.

A Kerrywoman who is now terminally ill after receiving a misdiagnosis from Ireland’s cervical check service has settled her case with the Health Service Executive and the US laboratory used by CervicalCheck to process the results.

Receiving $8.7 million (€7.5 million) in total, Mhic Mhathúna will immediately receive over a million to allow her to purchase a home for her family as she faces her terminal cancer.

In 2013, Emma Mhic Mhathúna was told that her cervical check was normal but it wasn’t. The doctors returned to her in 2016 to tell her that the check was inaccurate and she has now developed terminal cancer because it was not caught in time.

Read more: Irishwoman who wasn’t told she had cancer on telling her children she is dying

I was determined to find justice for my children - Emma Mhic Mhathúna pic.twitter.com/RJN5jDF9Po

The mother of five was just one of 209 women who was inaccurately told that their cervical check was normal. It was recently revealed that 17 of these women have since died of cancer.

While a full hearing of Mhic Mhathúna’s case was due to take place on Friday, the judge was told that a settlement was close to being reached. When the case was called again, a settlement had been reached, with the HSE accepting liability for failing to tell the Kerrywoman of her misdiagnosis when an audit first took place. The US lab Quest Diagnostics also accepted liability for misreading the smear test.

Emma Mhic Mhathuna say admission of liability was important for "all women". Her victory "demonstrates the power of standing up for yourself." pic.twitter.com/z299OBoinH

"Whether I'm dying or not, justice is the priority here and I wasn't going to come into court a victim, I came a victor,” Mhic Mathúna said after the settlement, adding that she just wished to look after her children, aged between two years old and 16.