A mother-of-two has lived with rare Ehlers-Danlos Syndromes all her life but her condition has deteriorated rapidly leaving her months from death. 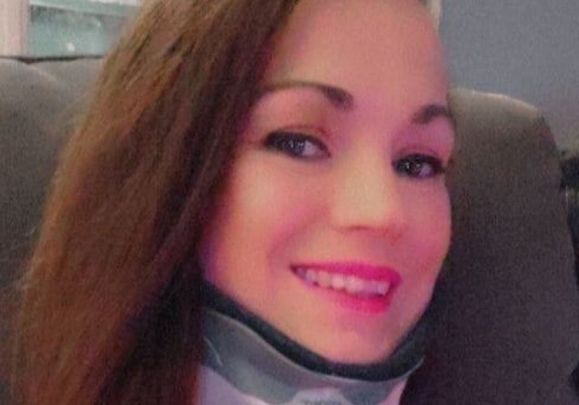 Friends of an Irish woman suffering from a rare condition have issued an urgent Christmas appeal as she runs out of time to secure life-saving treatment.

Elaine Morrissey, a 38-year-old mother-of-two from Athlone in County Westmeath, has been living with the rare Ehlers-Danlos Syndromes (EDS) for all of her life, but her condition has deteriorated rapidly in recent years.

The condition affects connective tissue in the body and differs greatly from person to person.

It has caused Morrissey constant pain and fatigue in addition to dislocations, vertigo, violent spasms, and chronic digestive problems.

It has also left her skull dangerously unstable on the top of her spine, leaving her in urgent need of spinal fusion surgery.

Her friend Leanne Hill has set up a GoFundMe to secure the life-saving treatment for the 38-year-old before it is too late.

Hill also suffers from EDS but received the life-changing treatment in Northern Ireland after tireless fundraising and told DublinLive that time is running out to save her friend.

"Her life is at risk, she is bed-bound completely," Hill told DublinLive.

"At this point, we are months away from her not being able to physically deal with surgery."

EDS is passed down genetically, meaning that Morrissey's six-year-old daughter Ruby has also been diagnosed with the condition.

In a post on GoFundMe, Hill said that Elaine and Ruby Morrissey both suffer "unimaginably" every day.

She added that Elaine has lost three stone in the last ten months as she is not able to digest food without vomiting and said that the priority is to secure a feeding device, called a TPN, that would pump nutrients back into her body.

Hill also said that doctors are currently afraid to operate on Morrissey under anaesthetic because they are afraid that it would kill her.

EDS patients receive no care under the national health system, Hill said in the GoFundMe post.

"EDS care is massively neglected," she said, adding that Morrissey will have to receive the life-saving treatment from a specialist in Barcelona, Spain.

Hill estimates that the surgery will cost €80,000 and has raised more than €22,000 since she launched the GoFundMe two weeks ago.

"This surgery saved our lives, and gave us both a future," Hill said in a plea for help on GoFundMe.

"Please please give this incredible Mum the same chance I have been given.
Even the smallest amount given by many individuals can make all the difference!

Please give whatever you are able, as often as you are able, to help Elaine have her urgently needed surgery, as soon as possible!"