Eamon Ryan was talking to RTÉ's Claire Byrne when he was seen wiping his glasses with his single-use face mask, prompting a wave of criticism and ridicule on social media. 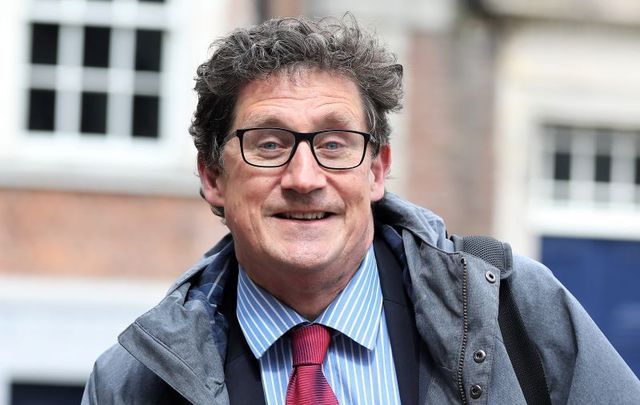 Eamon Ryan, leader of Ireland's Green Party, has come under fire after a video surfaced online of him cleaning his glasses with his facemask in a live interview about COVID-19.

Ryan, who is Ireland's Minister for the Environment, Climate, Communications, and Transport, was talking to RTÉ's Claire Byrne on Wednesday morning about the Irish Government's decision to delay the reopening of indoor hospitality.

Ryan also discussed controversial measures from the Government and the National Public Health Emergency Team that would only permit fully vaccinated people and those who have recently recovered from COVID-19 to dine indoors when indoor hospitality returns.

The plans are set to be announced on July 19.

Ryan was defending the Government's controversial measures in a live interview with Claire Byrne when he was seen wiping his glasses with his single-use face mask, prompting a wave of criticism and ridicule on social media.

You too can clean your glasses with your mask. This really isnt a good look @EamonRyan #TodayCB @TodaywithClaire @Independent_ie pic.twitter.com/VwYYcvW3pR

"Are we just gonna ignore the fact Eamon Ryan was cleaning his glasses with his mask?" One exasperated Twitter user said. "How are we meant to take this government seriously?"

The World Health Organization has published guidelines on how to use face masks, encouraging people to avoid touching the mask with their hands while they put it on.

The WHO also advises people to wash their hands with an alcohol-based hand rub or soap and water before and after putting on a face mask. People are advised to dispose of single-use face masks immediately after use.