Robyn Smyth, who came into the public eye while fundraising for treatment in the US, has passed away at the age of 15. 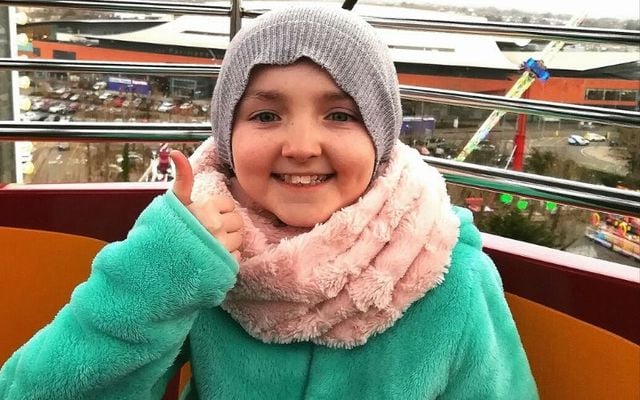 Robyn Smyth (15), from Dublin, has passed away after a 12-year fight against an aggressive form of cancer. Facebook / Robyn.Smyth

Robyn Smyth, who battled a rare form of cancer and came into the public eye while fundraising for treatment in the US, has passed away at the age of 15.

Fifteen-year-old Robyn Smith, who was diagnosed with the aggressive cancer neuroblastoma at the age of three has passed away after a 12-year fight.

Smyth, a third-year secondary school student, from Whitehall in Dublin, passed away on Thursday, April 23, at 8am, surrounded by her family. Over the past few weeks, Smyth had been receiving ongoing blood and platelet transfusions at Crumlin Children’s Hospital but he condition deteriorated.

At the age of thee, in Sept 2007, Smyth was diagnosed with neuroblastoma. Her family began fundraising for her treatment and they have traveled to the United States over the years for treatment over 100 times.

Speaking to the Irish Examiner, Smyth's grandfather, Colm Doran said "Robyn fought so bravely for so long. Unfortunately over the past couple of weeks, her health started to deteriorate and she became very weak, so weak she could not travel to the US for treatment and also because of the COVID-19 travel restrictions.

“The entire family is devastated, even the doctors and nurses are so upset over her passing, they were great to her. She was a great little fighter no matter what she had to cope with.

“Robyn captured the hearts of the nation, who at times, has been gravely ill but has managed to battle back, on each occasion but that didn’t happen this time."

Over the years, as well as being treated at Dublin hospitals as well as American facilities including the Helen DeVos Children’s Hospital in Michigan and Sloane Kettering in New York.

Read more: Irish woman pens “My sister is not a statistic” poem after COVID-19 death

Her treatments, which included over 100 trips to the United States were possible thanks to her relatives, friends, and public fundraising, which raised more than a million euro. Among her supporters was Erin McGregor, sister of UFC fighter Conor, who helped raise awareness for the cause, Robyn’s Life Trust.

It was hoped that Smyth would travel to Germany later in 2020 for further ground-breaking treatment.

The teenager's death notice on RIP.ie reads: "Peacefully at home surrounded by her loving family; beloved daughter of Bernadette and Leighton and loving sister of Millie.

"A sincere thank you to all Robyn’s Life followers for their kindness, help, and support."

Due to Irish Government and Health Service Executive guidelines on social gatherings, a private family funeral will be held with only 10 people in attendance. A public memorial will take place at a later date.  The family has requested donations to Robyn’s Life Trust, in lieu of flowers.