Dublin in desperate need of firefighters as crisis in hiring hits

Sixty new Dublin firefighters must be recruited to address the "chronic staffing crisis". 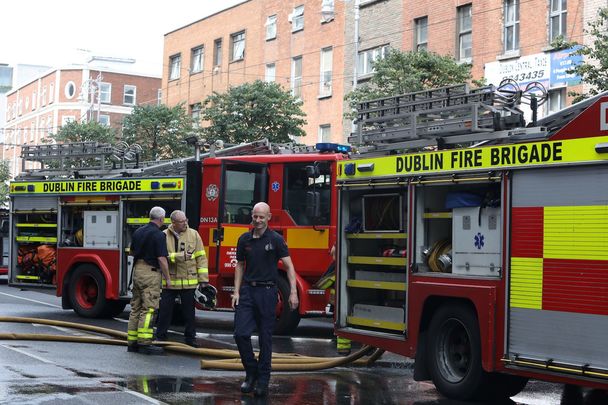 Member of Dublin's Fire Brigade on Aungier Street, in the city center. RollingNews

Pandemic has highlighted the staffing and vehicle shortage within Dublin's Fire Brigade as a recruitment drive set to take place ahead of Halloween.

Dublin's Lord Mayor, Alison Gilliland, and SIPTU, the trade union, alongside Dublin city councilors are set to call for the immediate recruitment of trainee firefighters in the capital.

Gilliland is set to table a motion at a Dublin City Council meeting in October, the Sunday Times reports. Brendan O’Brien, the Sector Organizer at SIPTU told the Times "It’s a 24-hour service so you have to be able to maintain that capability on a 24/7 basis, and that’s just to maintain the existing service. You also have to factor in that Dublin is a growing city so you have to build into the planning in terms of the future. [The staff] needs to be well in excess of 1,000.”

Currently, there are 965 active firefighters in Dublin city manning 14 stations, two of which are part-time. The lack of recruitment has recently affected the fire stations in Donnybrook, Dolphins Barn, Phibsborough, North Strand, and Tara Street.

O'Brien said "The service is stretched as it and God forbid, there were a couple of major incidents in Dublin, the public will be at a huge exposure there in terms of the capability of the service to be maintained — things happen unexpectedly.”

Noeleen Reilly, an independent councilor said “Given the seriousness of the Dublin Fire Brigade and their role in protecting the lives of Dublin citizens, it just really isn’t good enough. There’s also a shortage of vehicles as well — the issue is right across the board.”

Sinn Féin councilor, Daithí Doolan said “Now we have a situation whereby we’re entering the post-Covid situation and they simply don’t have enough staff to replace those who are retiring. There’s a number of fire stations across Dublin over the last month who didn’t have adequate staffing.” 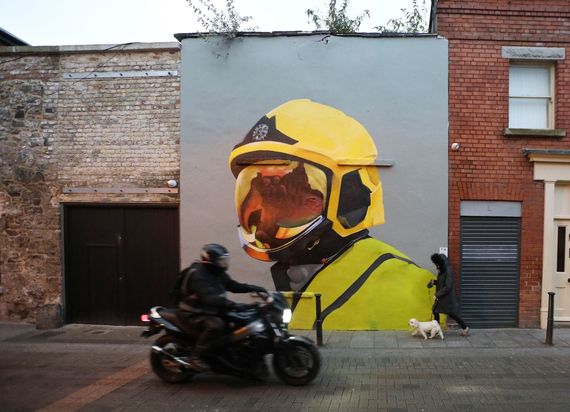 A mural dedicated to Dublin's firefighters on Camden Street, in Dublin city.

Doolan also pointed out that October 31, Halloween, is Dublin Fire Brigade's busiest day of the year. He said "People will be out and about, they will be engaging — and that’s fantastic — but then that provides a challenge to the fire brigade having to deal with bonfires. Last year, I think we were lucky enough not to have the fire brigade overstretched, but we may not be lucky this time. We can’t depend on luck to provide an essential service.”

He added: “The [council’s] budget isn’t there right now but we have to get money. It’s coming into budget season again so what we have to do is ensure that there’s enough money provided by our own means or by the central government to fund recruitment and training. This is an essential service and shouldn’t be seen as a Cinderella of public services.”